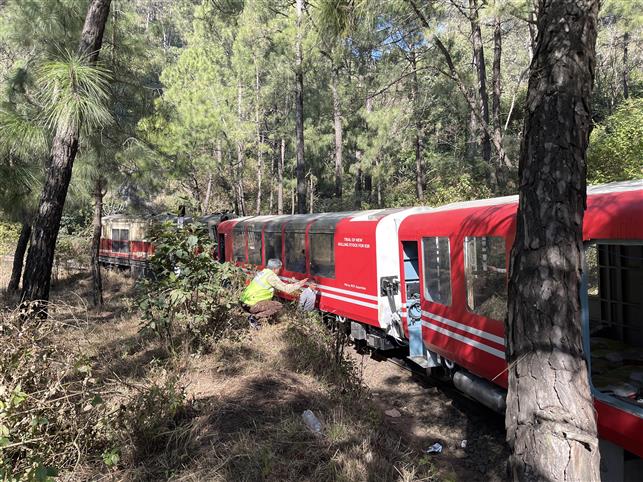 Final trials of new panoramic coaches to be conducted soon.

Rail travel on the UNESCO heritage status accorded Kalka-Shimla railway is all set to be an even more exhilirating experience, with Rail Coach Factory (RCF), Kapurthala, all set to roll out the new vistadome coaches for travellers in February.

Equipped with coach wall and ceiling glass design, with panoramic 270 degree views, these fully furnished panaromic gauge coaches will be the first of their kind to run in the Northern Railways and on the narrow guage Railway, across India.

While the Him Darshan Express on the same route, also featured vistadomes, the RCF engineers said new coaches would feature wider views and aesthetic plush interiors along with a sterling view of mountains and valleys. The coaches will also feature restaurant-style seating with luxury seats for executive class, onboard mini-pantry, among other features.

After the Railway board gave the design approvals, two prototype shells were manufactured and tested by Research Designs and Standards Organisation (RDSO), Lucknow, in October 2022. Trial runs of shell coaches took place on the Kalka-Shimla railway in November-December 2022.

With per coach costs estimated at Rs 1.3 crores, Chief Design Engineer, Mishra added that the entire project was valued at about Rs 35 crore. Each new train of new design panoramic coaches would consist of seven coaches — six passenger coaches and one power, luggage and guard van.

The RCF Kapurthala got the project in 2021 year end, amidst significant challenges as the original coaches of Kalka-Shimla toy train were made in the early 1900s in Lahore, Pakistan. The RCF design team recreated the required designs completely in-house.

Chief Design Engineer, RCF, Akhilesh Mishra, said, “The factory which prepared the original Kalka-Shimla railway coaches was in Lahore, Pakistan. Those coaches were made in 1908. So we had no calculations and all groundwork for the new coaches was done from scratch at the RCF. This will be the first of its kind vistadome coach in India with more panoramic views than other vistadome models. Almost all required infrastructure such as new design shell jigs, lifting tackles, static-test jigs, raised NG lines, loading gauges etc were manufactured in-house by the RCF design and production team were developed in-house.”