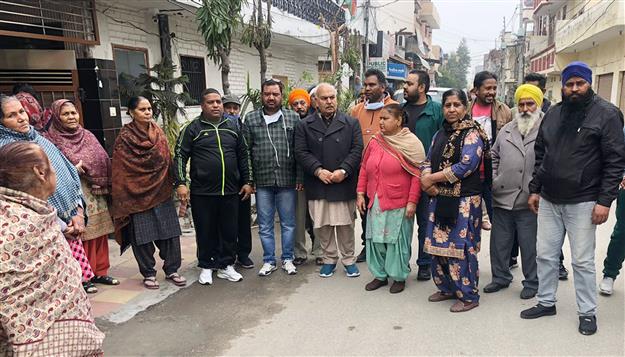 Amid reports that ex-minister Mohinder Singh Kaypee could contest as Independent candidate from Jalandhar Cantonment against minister Pargat Singh, he today visited the areas of Cantonment constituency and held meetings with them.

Kaypee went to Tower Enclave area. He also went to Pholariwal and paid obeisance at a religious place there. Asked about his plan, Kaypee said: “I am waiting for the review of the seats. The Congress Central Election Committee meeting is due on January 22 and I am hopeful that the party will take a decision in my favour.”

Kaypee is seeking a review of either Adampur or Jalandhar West seat, which have gone to Sukhwinder Kotli and sitting MLA Sushil Rinku, respectively.

Kaypee, who has earlier served as PPCC president and Jalandhar MP, was also the minister in 2007-12 term of the Congress. He had contested from Adampur Assembly seat in 2017 but got defeated from Akali leader Pawan Tinu by nearly 8,000 votes. He had contested from Hoshiarpur Parliamentary seat in 2014 but lost to BJP’s Vijay Sampla by 13,582 votes.

His detractors have said that since Kaypee has faced a hat-trick of defeats, he had no right to claim a ticket. “He and his family have got ticket 10 times. It is time that they let others too put their hat in the ring,” said a senior party leader.