Ex-minister is seeking review from West or Adampur seat 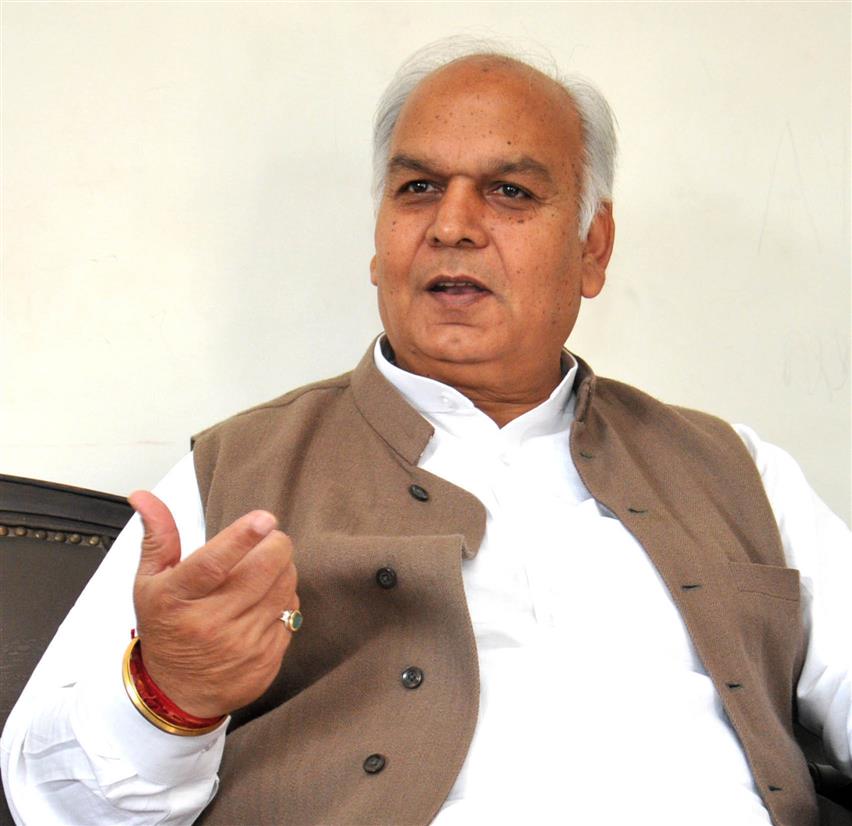 Mohinder S Kaypee is reportedly of view that Pargat has conspired against him and made him go out of contest.

Upset over not having got ticket from the reserved seats of Adampur or Jalandhar West, ex-Congress minister Mohinder Singh Kaypee has threatened the party leaders that he would contest as an Independent from Jalandhar Cantonment general seat if they do not review the ticket distribution.

A prominent Dalit face, Kaypee is reportedly annoyed with minister Pargat Singh, which makes him take this decision. Kaypee has alleged that Pargat had made ex-BSP leader Sukhwinder Singh Kotli join the party during a rally of Punjab CM Charanjit Channi in his Cantt constituency and supported his candidature from Adampur.

Kaypee is reportedly of the view that Pargat has conspired against him and made him go out of contest. He has said that he would definitely enter the fray and it could be Jalandhar Cantonment against sitting party MLA Pargat Singh.

As many as 35 sarpanches of the Cantt villages, too, had reportedly met Kaypee at his place in Model Town, which is a part of Jalandhar Cantonment constituency. They said they would openly support him even if he would contest as a rebel. Kaypee has been maintaining that several villages of Cantt constituency have been a part of his Jalandhar South constituency that he represented prior to the delimitation of the Assembly areas. Even his father Darshan S Kaypee had contested from this seat.

Reacting on the development, Pargat said: “I have talked to Kaypee twice since the list of candidates came. I got to know that he is angry with me and I have tried to clarify that I have nothing against him. I was never a part of the screening committee. I practically have no power to get his ticket cancelled. I am trying his best to get him pacified and I believe that he will agree to what I have said.”

Some Congress insiders have said that it was a part of the strategy of Kaypee to rake up the matter and threaten the minister so as to put pressure on the high command for a review of the ticket list and to adjust him from some seat. District Congress president Balraj Thakur has said he was busy in another programme of the party and could not mediate between the two leaders. “There could be some confusion on the matter. We will sort it out soon,” he said.