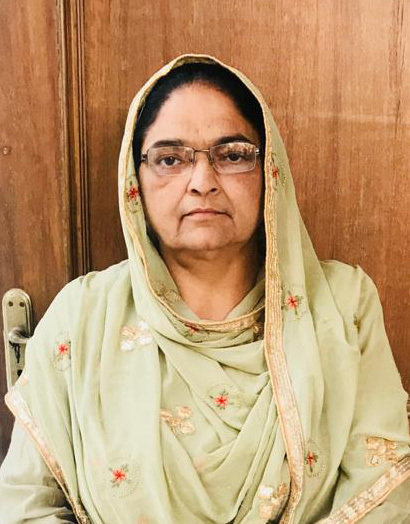 A novice in politics, her social service endeared her to public
Manjinder Kaur (60) Independent, Ward No. 15, Vishkarma Market, Kartarpur

At an age when most of the people just prefer to retire and stay at home, Manjinder Kaur (60) has decided to take a leap towards social welfare. The Municipal Council elections paved the way for her to reach the masses. She not just contested, but also emerged victorious in her maiden attempt at civic polls. With no political party backing her, she contested the elections as an Independent candidate and managed to gain 293 votes out of 800 and left behind four other candidates. She owes her success to the social works that she and her husband had undertaken earlier. People reposed trust in her and urged her to participate in the elections. “After the demise of my husband, I have decided to work for the public only. The former councillors also support me. Apart from eradicating corruption, my prime focus would be to provide clean and safer streets to the public, development of sewer lines and making clean drinking water to people,” said Kaur.

He grew up watching his father Shiv Kumar Kanojia in politics. At 52, Pawan Kanojia, a Congressman, contested his first election and won from Ward No. 10 at Sultanpur Lodhi. Father of two young kids, Pawan plans to bring development in his area. Speaking to The Tribune, Pawan said, “My father has been with the BJP and the Akali Dal but for the past 10 years he has been with the Congress. His passion for politics rubbed off on me and this time I wanted to contest the election too. Reaching out to people and addressing the needs and complaints they bring to us gives me immense satisfaction.” While Pawan has two young kids, he laughs as he says they do not care much about politics yet. While his elder son is 16, the younger is 10. Pawan says, “I grew up watching my father and I like this field a lot. But my kids don’t care about it much. They want to study and go abroad. As of today, they are not interested in politics much.” Speaking about the developmental works in the area, he says, “I have always tried to address the troubles of anyone who comes to me with a complaint. Serving people is one of the key reasons which attracted me to politics. I shall be working on the overall development of the area. Streets, sewerage and other works in the ward shall be my top priority.”