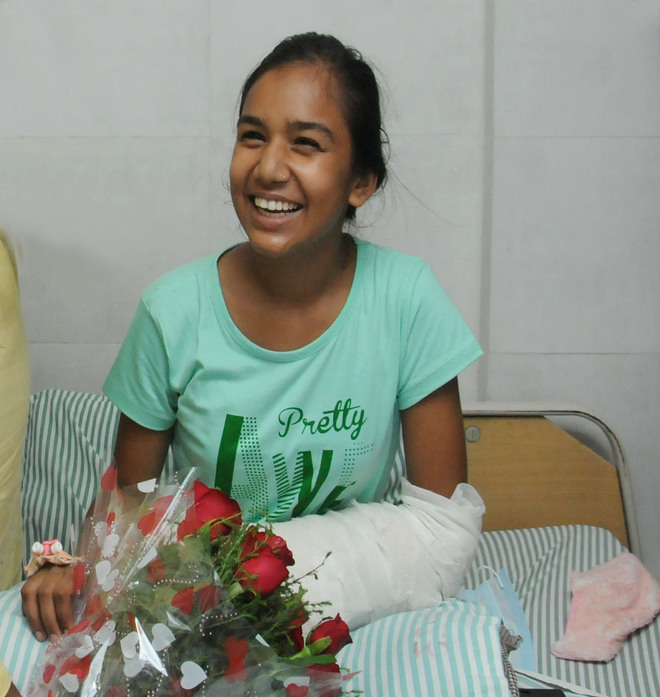 In recognition of her courage, 15-year-old Kusum, who last year gave snatchers a tough fight, has been selected by the Indian Council for Child Welfare (ICCW) for the prestigious National Bravery Award.

Congratulating Kusum for the award, Deputy Commissioner Ghanshyam Thori said: “Kusum’s act of bravery and valour has made the entire city proud, as she emerged as a source of inspiration for many.” Punjab Chief Minister Captain Amarinder Singh, while commending her courage to foil the snatching, had offered a financial aid worth Rs1 lakh last year, which was provided to Kusum by the district administration.

Notably, Kusum, a student of Class VIII at Lala Jagat Narayan DAV Model School, on August 30, 2020, had courageously averted a snatching attempt, when two bike-borne youths tried to snatch her mobile phone, which was given to her by her brother to attend online classes. The snatchers had attacked her with a sharp weapon (datar) giving Kusum severe injuries on her wrist. Kusum despite having grave injuries managed to catch one of the snatchers.

Police Commissioner Gurpreet Bhullar had also extended her a financial help worth Rs50,000 besides handing over a new mobile phone. The district administration had also dedicated a graffiti to Kusum under PAP flyover. She was also announced as the brand ambassador under Beti Bachao Beti Padhao mission.

The DC said the district administration had recommended her name for the National Bravery Award in September last year, which has now been approved by the ICCW. He said this prestigious award would be conferred on her next month at a national-level event.