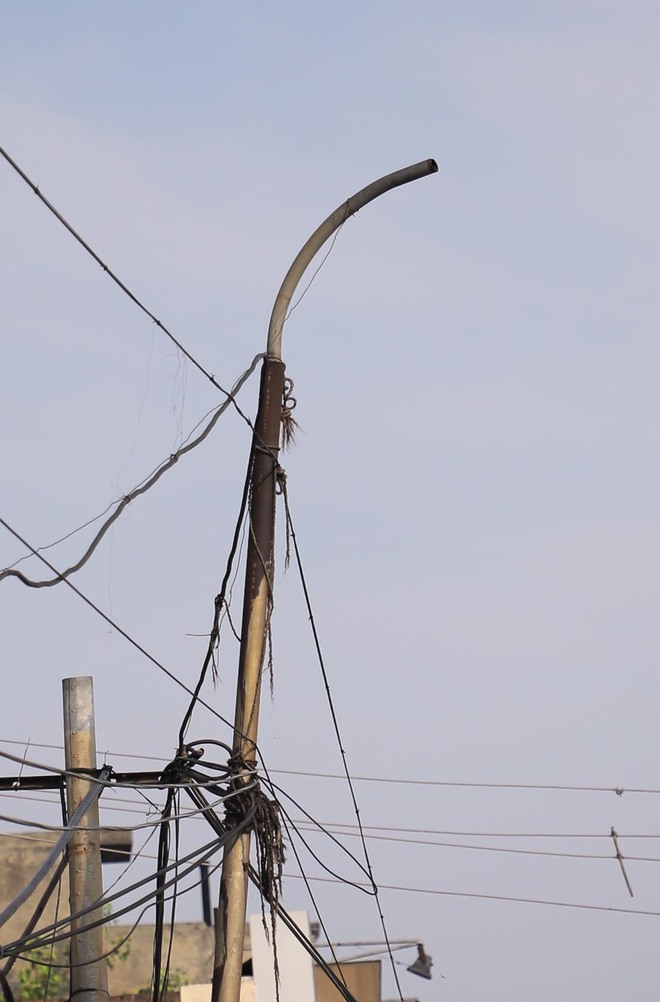 One is scared to venture out after 8 pm in Nijatam Nagar’s street number 6 and 7.

Reason: Non-functional streetlights, growing stray dog menace and a bad patch of road have added to the woes of residents, which create vicious set of challenges for them.

A majority of the pandemic months have been spent without proper lighting in streets even as Nijatam Nagar was once the Covid hotspot. While the approach to street number 7 is through street number 6, the road is so uneven and unkempt that residents find it difficult to navigate the stretch late at night.

Additionally, non-functional street lights have aggravated the scare of stray dogs so much that the area wears an eerie silence after 7 or 8 pm.

Professor Rohit Chatrath, a resident of the area, says: “The problem began in May and June, when the street lights remained off for a really long time. For months, residents were scared to step out of their homes. There were also several incidents of mobile phone snatchings. Additionally, stray dogs posed a big problem, especially when street lights were not working. They go after those on foot and chase those driving vehicles. Additionally, the uneven road from street number 6 onwards made things worse.”

Prof Chatrath said: “Street lights were repaired about a month ago, but the work was so temporary, that things went back to square one after a storm. After a windy night, the lights came off again and haven’t worked ever since. One or two stray lights may be working, but the rest of the area is steeped in darkness.”

LC Mittu, a retired bank manager, who lives in the area, says: “The entire Nijatam Nagar area has a problem of non-functional or dysfunctional street lights. It’s a lamp-less alley, through which we approach our homes. The approach road from Basti Nau to Nijatam Nagar was fixed and looks fine now. However, street number 6 and 7 road is in a bad shape and that patch causes trouble, especially for two-wheelers. We have made countless complaints to the MC. Earlier, they didn’t send people due to the lockdown. One day the street lights were fixed, but these again stopped working after a storm. At least a 100 people live in the two streets. For the safety and security of residents, street lights need to be fixed at the earliest.”