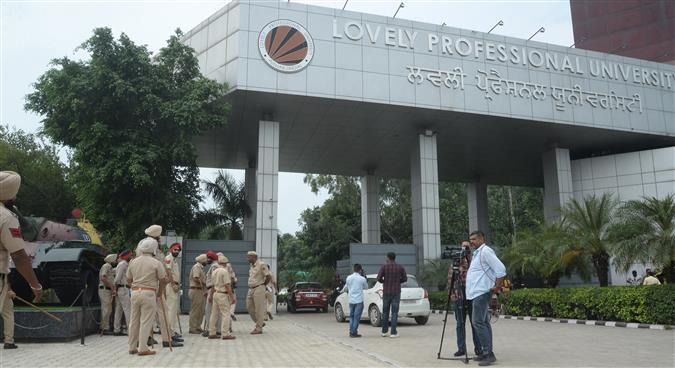 A day after the Kapurthala police booked the Director of National Institute of Technology (NIT), Calicut, in an abetment to suicide case of Kerala-based student Agin S Dilip at Lovely Professional University, he got a video byte released to clarify his stand.

Agin had taken admission as the first-year Bachelor of Design student at LPU just two weeks ago and had left behind a suicide note blaming Director Prof Prasad Krishna. In the video, Prof Krishna first expressed his condolences on the demise of Agin.

Agin S Dilip took admission in B.Tech (computer science engineering) at NIT, Calicut, in 2018. Even after four years at NIT, he could not successfully clear his first-year course… as per the rules and regulations, the institute had no choice but to discontinue his B.Tech studies. — Prof Prasad Krishna, Director, NIT, Calicut

He then clarified, “Agin took admission in B.Tech Computer Science Engineering at NIT Calicut in 2018. Even after four years of his study at NIT, he could not successfully clear his first-year courses. The institute gave him three more chances to clear the backlog courses of the first year. Unfortunately, at the end of his four years of studies in June 2022, he could not clear 10 courses from the first and second year of the programme. The entire courses from the third and fourth year were also remaining.”

He said as per the rules and regulations, the institute had no choice but to discontinue his B.Tech studies in NIT Calicut. “But he submitted a request to his departments that he should be allowed to continue, but a committee found him to be ineligible for this. Agin met me in my office and he was briefed about having already been given all chances. He told me that he was interested in doing B. Design course. I met his father and persuaded him to let him join his passion. I did not know that he had joined the course at LPU in Punjab. It was yesterday that I got to know of it,” he said. The Kapurthala police and administration, too, have got the copies of the clarification. “The investigation is going on,” said DIG Dr S Bhoopati.