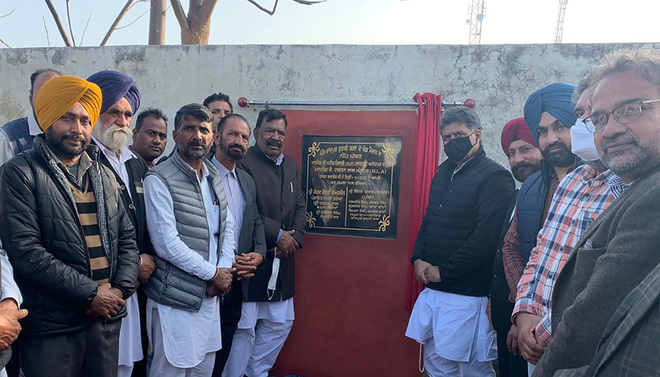 Member of Parliament and former Union Minister Manish Tewari and MLA Nawanshahr Angad Singh on Monday launched multi-crore projects to change the face of the ancient and historic city of Rahon.

In the presence of Punjab Large Industrial Development Board chairman Pawan Dewan and other dignitaries, he inaugurated the construction of a new building of the Municipal Council office at a cost of Rs1.50 crore. Apart from initiating various other developmental works worth crores of rupees for the rejuvenation of the city, he also handed over large machinery to the city council to improve the sanitation system, including crushers, baling machines, bait remediation machines, etc.

Similarly, he also started the work of installing 1,000 LED lights. Speaking on the occasion, MP said that Rahon would be made an exemplary city. MLA Angad Singh added that no stone would be left unturned in its overall development. The MP also inaugurated Rs52 lakh worth of projects in Banga city. The projects included the newly constructed Ravidas Road, Banga Jindowal Road and Akash Hospital Road.

Apart from this, he also gave nod for construction work of the magnificent park to be constructed by the Municipal Council Banga. On this occasion, he also held a meeting with the leaders and workers of Banga area.