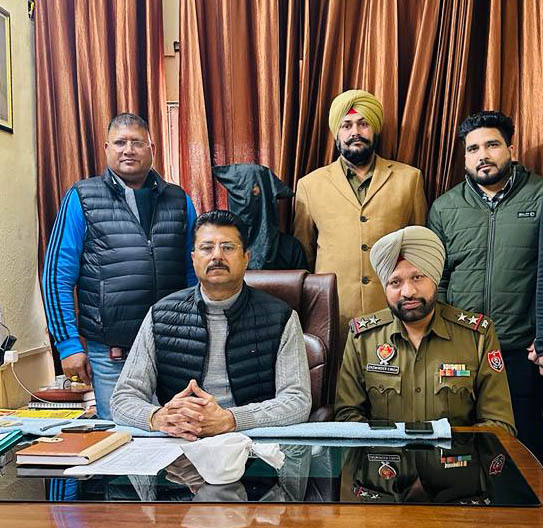 The suspect in custody of the CIA staff of the city police.

The CIA staff of the city police nabbed a person and recovered 50 gm of heroin from his possession. The suspect has been identified as Rajesh Kumar (32), alias Sunny, a resident of Kabir Chowk near Garha in Jalandhar.

SI Ashok Kumar, in-charge of the CIA staff, said they were on a routine checking on the Baba Jagjivan Singh Chowk at Garha. They saw Rajesh coming on foot towards the chowk. On seeing the police, he got scared and turned back. On suspicion, the police nabbed him.

“When the police team frisked him, 50 gms of heroin was recovered from his possession,” he said. A case under Sections 21 of the NDPS Act has been registered against the suspect at the Division No. 7 police station. He said the suspect was today produced before a court, which sent him to police remand.