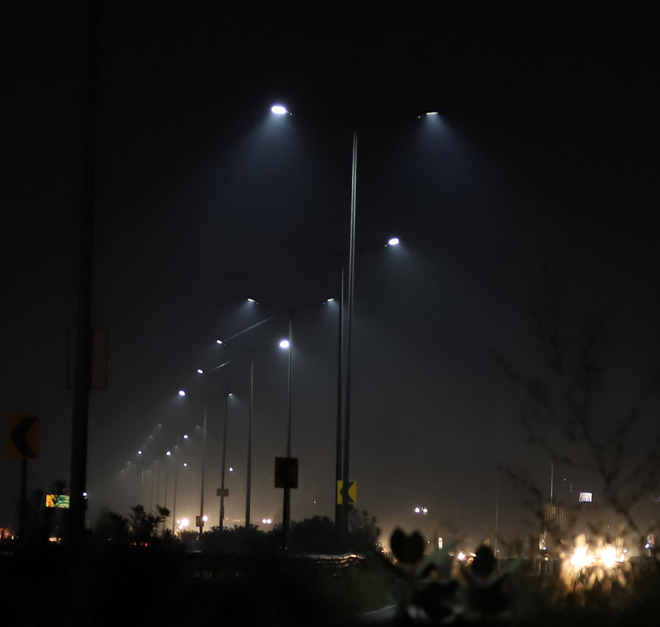 Even as the civic body authorities claim to have completed nearly 80 per cent LED streetlight project in the city, a large number of residential areas and city roads are sans streetlights. In addition, highlighting the biased attitude of the MC, councillors of the opposition parties have said despite approaching the officials concerned on several occasions, the project could not see the light of day in their wards. After a sluggish start, the project finally gained momentum in May this year.

Manjit Singh Johal, Municipal Corporation Engineer (O&M), said 55,000 LED lights had so far been installed in the city and only 10 wards were left to be covered under the project. “The entire city will illuminate with LED lights before Diwali,” he added. However, the councillors state that the wires from the poles or main connections have not been replaced, rendering the LED lights useless.

Tanmanpreet Kaur, councillor of Ward No.1, said, “The colonies in her ward do not even have a single streetlight pole. People are forced to spend nights in darkness. We have been told that over 50 per cent work has been finished.”

Similarly, Paramjit Singh, a Shiromani Akali Dal (SAD) councillor, whose ward includes areas Hargovind Nagar, Rehru Pind, Parsuram Nagar, Ramneek Avenue, Sodal, Bachint Nagar and others, said, “Considering the accident prone area, he had been raising the issues with the official concerned for the past six months, but to no avail. The workers conducted a survey in my ward. Neither the new lights were installed nor were the damaged ones replaced.” Shelly Khanna, councillor of Ward No.17, said, around 60 per cent street lights in her ward had been replaced but for the past 20-25 days, the LED streetlight project has come to a standstill.

Meanwhile, MC Commissioner-cum-Smart City CEO Karnesh Sharma assured that the remaining wards would be covered under the project in a few weeks.

He said, “The LED lights project has been divided into three categories. First, replacement of lights; second, category includes Dark Zones (the areas where there are not sufficient streetlights); and third, category include the areas which never had streetlights. Around 75,000-80,000 LED lights will be installed in the entire city and around 57,000 LED bulbs have been already installed.”