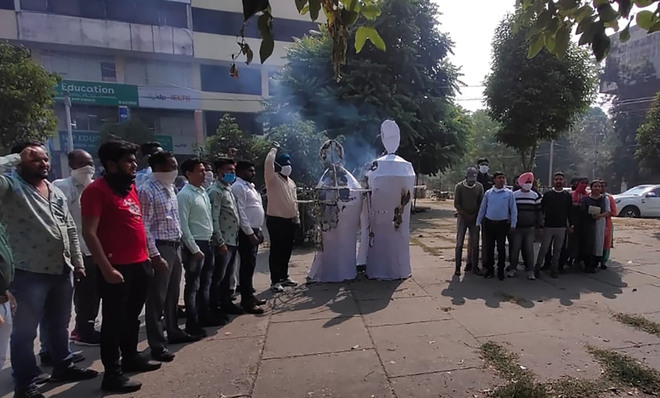 The protesters said they had been working for the last 12 years, but the state government was yet to regularise their services.

Satnam Singh, one of the protesters, said the recruitment of MGNREGA employees had been done in a transparent manner and as per the criteria used for the permanent recruitment. “Employees have been seeking their job regularisation for long. Every time we approached a government official, we got mere an assurance,” he alleged.

He accused the government of violating the employees protection Act.

The protesters threatened to intensify the agitation if their demands were not fulfilled. “The state government is not keen on regularising the jobs of MGNREGA workers. It is exploiting us by paying meagre salaries for much workload,” alleged Satnam Singh.