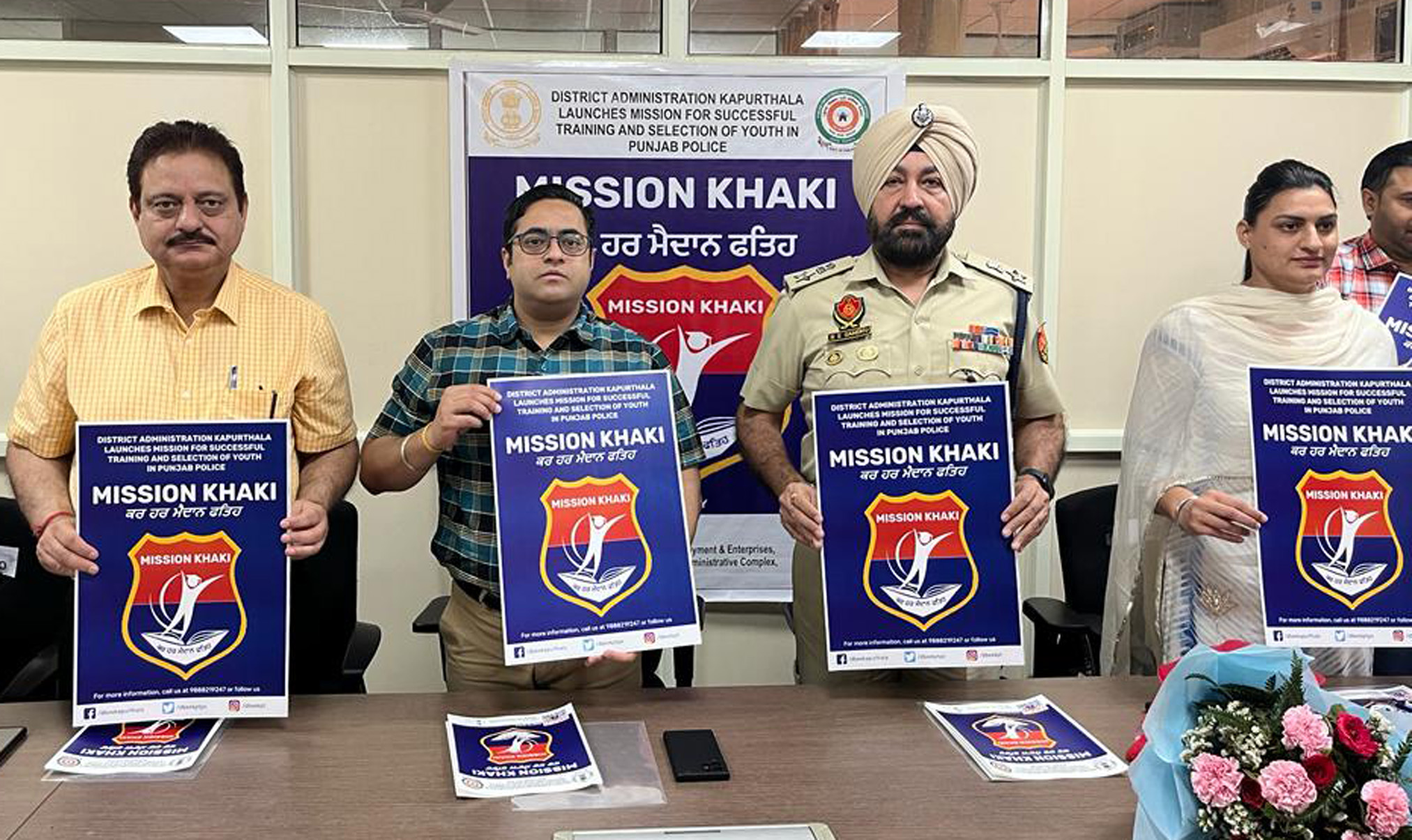 Deputy Commissioner Vishesh Sarangal and the Kapurthala SSP during the launch of ‘Mission Khaki’ on Tuesday. Tribune photo

“Mission Khaki” has been launched by the Kapurthala administration to prepare the youth for recruitment in Punjab Police for as many as 10,314 posts.

The mission will be run in two phases — physical training and learning camps — under the supervision of two-time Olympian and Asian Games gold medallist SP Manjit Kaur.

While launching the mission, Deputy Commissioner Vishesh Sarangal said it was a game changer as Kapurthala was the first district to provide this kind of training to job aspirants on professional lines. He further said it would not only prepare youth for police recruitment but it would be also helpful for them while appearing in the recruitment of other armed forces.

On this occasion, the Kapurthala SSP briefed the students about the project, which was started with a motive to facilitate the youth for police jobs besides redeveloping the Punjab’s tradition of serving the nation with maximum contribution of its youth in the armed forces. The registration will be open till May 31in both online and offline modes and it would be followed by scrutiny to check the eligibility during the first stage.

In the second stage, counselling camp, physical and learning camps will be started. The learning and physical training would be imparted free of cost to the eligible applicants.

The DC also asked the District Bureau of Employment and Enterprises to run an awareness campaign at village level to ensure the maximum benefit at ground level.

A poster, logo and small booklet was also launched by the dignitaries regarding the mission besides a helpline (98882-19247) on which the candidates can contact.