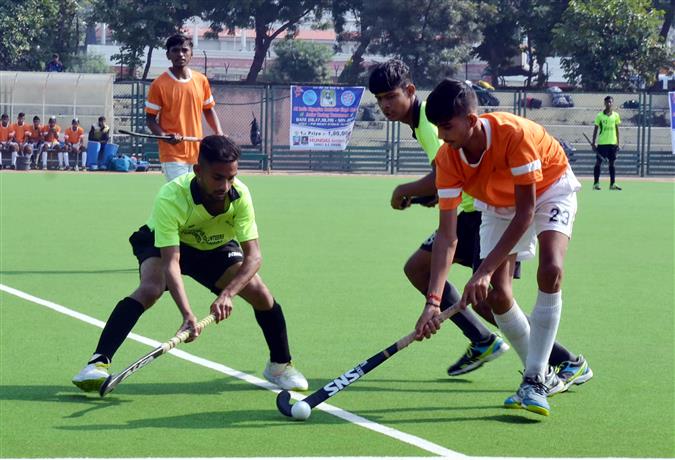 Four matches were played on the first day of the Olympian Mohinder Munshi hockey tournament. In the first match, CRZ Sonipat defeated Mohinder Munshi club by 3-1. In the second match, Sansarpur Hockey Club was defeated by SAI Patiala by 2-1. Sehajpreet and Paraspreet Singh from the winning team scored one goal each.

The opening match was played between Roundglass Academy and Nankana Sahib Academy. The former outperformed the latter by 5-3. German Singh , Joban Singh and Harneet Soni from the winning team scored goals. German Singh scored two goals. The Last match was played between Chandigarh Academy and Jarkhar Hockey Academy in which Chandigarh team won by scoring 5 goals. From the winning team, Gurjeet scored three, Gurpreet and Sahil scored one goal each.

On November 17, four quarter finals will be played between PIS Mohali and CRZ Sonipat, SGPC Academy and SAI Patiala, Malwa Academy and Roundglass Academy and fourth match between Surjit and Chandigarh Academy.