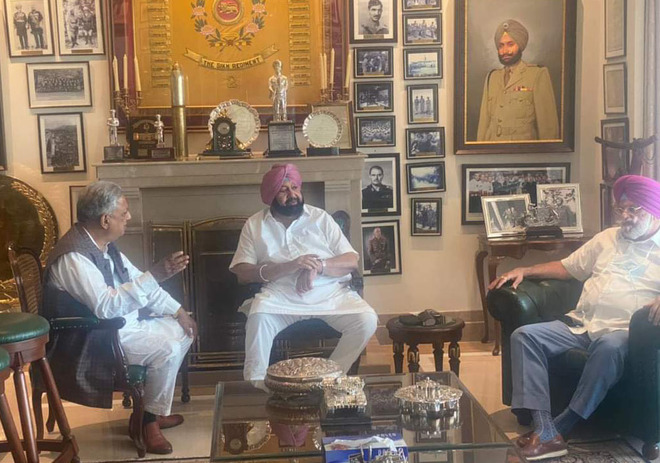 Most leaders of Doaba barring MLAs Pargat Singh and two young MLAs - Angad Saini from Nawanshahr and Bawa Henry from Jalandhar North – on Wednesday missed the Amritsar tour to religious places in the holy city along with Sidhu.

There are 17 MLAs of the Congress in Doaba, of whom only three made it to the event. The religious tour which was largely a show of strength had none of the four MLAs from Kapurthala – Rana Gurjeet Singh, Balwinder Dhaliwal, Navtej Cheema and Sukhpal Khaira — on board. While Cheema said he was at his place today at Sultanpur Lodhi, Rana Gurjeet today met the CM at Chandigarh clearly spelling out his stance in the factionalism.

Even from Hoshiarpur, barring Urmar MLA Sangat Singh Gilzian, who is a working president in the new team, no other party MLA, including minister Sunder Sham Arora, Raj Kumar Chabbewal, Pawan Adia or Indu Bala, have shown any support to Sidhu yet.

None of the Mayors from Doaba, including those from Jalandhar, Hoshiarpur or Kapurthala or the Chairmen of Improvement Trusts from Jalandhar or Hoshiarpur, have shown their support to Sidhu and are seemingly on the side of the CM so far.