Nakodar: One held for illegal mining : The Tribune India

Nakodar: One held for illegal mining 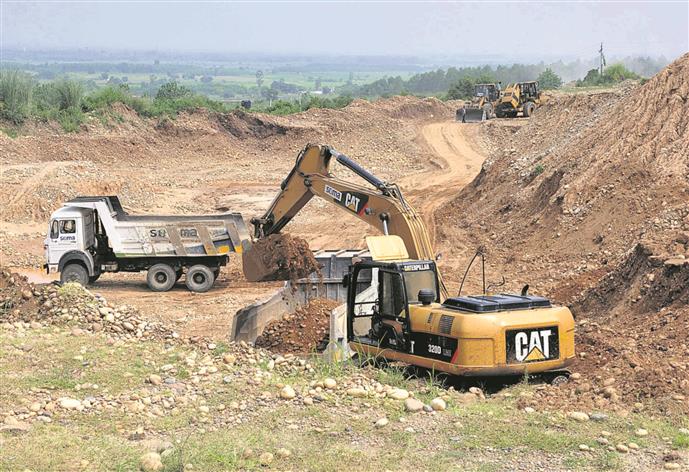 Nakodar: The Mehatpur police have arrested Manpreet Singh, a resident of Umrewal, for illegal sand mining. Mining Inspector Ajay Kumar told the police that the accused was involved in the illegal quarrying of sand from areas. Investigating officer Harwindar Singh said a case has been registered under Section 21 of the Punjab Mining Act and Section 379 of the IPC. OC

ONE BOOKED ON THEFT CHARGES

Nakodar: The Mehatpur police have booked an unidentified accused on the charge of stealing a truck. Balwindar Singh complained to the police that he had parked his truck outside the residence of his nephew, Dalvir Singh, and it was stolen. Investigating officer Balwindar Singh said a case has been registered under Section 379 of the IPC against the unidentified accused. OC

Lohian Khas: The Lohian Khas police have booked two unidentified miscreants on the charge of snatching earrings from a woman. Salindar Kaur, the wife of Harjindar Singh, a resident of the Guru Nanak Colony complained to the police that, on Tuesday, two unidentified bike-borne persons came to her shop. The accused snatched her earrings and fled. Investigating officer Jaspal Singh said a case has been registered under Sections 379-B of the IPC against the unidentified accused. Further investigation is underway. OC

Nakodar: The Nakodar Sadar police have arrested a villager on the charge of selling illicit liquor. Investigating officer Janak Raj said nine bottles of illicit liquor were seized from the possession of the accused, identified as Khushi Ram. A case has been registered under the Punjab Excise Act. The accused has been released on bail. OC

One booked for illegal occupation

Phagwara: On a complaint lodged by MC Assistant Commissioner Ashish Kumar, the city police has registered a criminal case under Sections 427, 379 and 447 of the Indian Penal Code against a local resident, Surinder Shah, on the charge of illegally occupying a kiosk near

ESI Hospital. The complainant told the police that even though a team of MC Phagwara had already sealed the kiosk on August 28, but the accused broke open the seal only after few days, and illegally occupied the kiosk. The police are investigating the case. No arrest has been made yet.