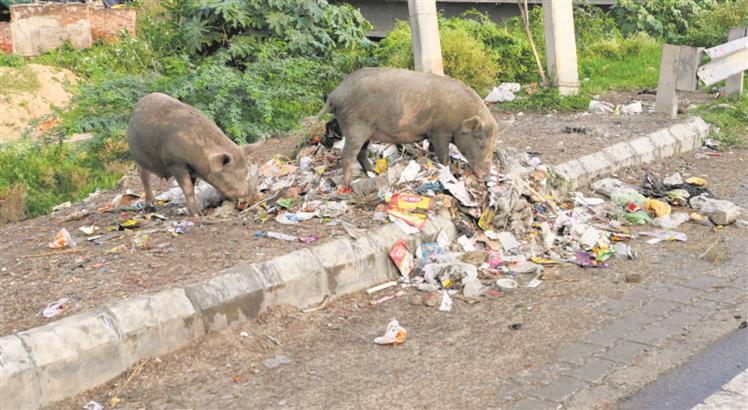 The state government has declared a colony of Nawanshahr district as African swine fever (ASF)-affected zone and notified the area as an “infected zone” for the prevention of the ASF as the Indian Council of Agricultural Research (ICAR)-National High Security Animal Disease Institute, Bhopal, has confirmed ASF in the samples from the area.

Measures in place to contain spread

To control the spread of the disease, restrictions under the provisions of the Prevention and Control of Infectious and Contagious Diseases in Animals Act, 2009, and the National Action Plan for Control, Containment and Eradication of African Swine Fever will be imposed. — Laljit Singh Bhullar, Animal Husbandry Minister

Three pigs were found dead after which the animal husbandry department had sent samples to the Regional Disease Diagnostic Laboratory. The samples were found out to be positive.

According to information, the pigs within one km of radius from the affected colony will be culled as per the action plan of the government. Chander Paul Singh, Deputy Director, Animal Husbandry, said the mortality rate of this disease was 100 per cent. “It is for the first time that the disease has been witnessed in the district,” he added.

The Deputy Director said the symptoms of the disease were fever, red spots, vomiting and blood in faeces. “The state government has released a notification in this regard and the district administration will also release it,” he added.

Animal Husbandry, Fisheries and Dairy Development Minister Laljit Singh Bhullar released a statement and said for the prevention of the disease, restrictions under the provisions of the Prevention and Control of Infectious and Contagious Diseases in Animals Act, 2009, and the National Action Plan for Control, Containment and Eradication of African Swine Fever (June 2020) would be imposed.