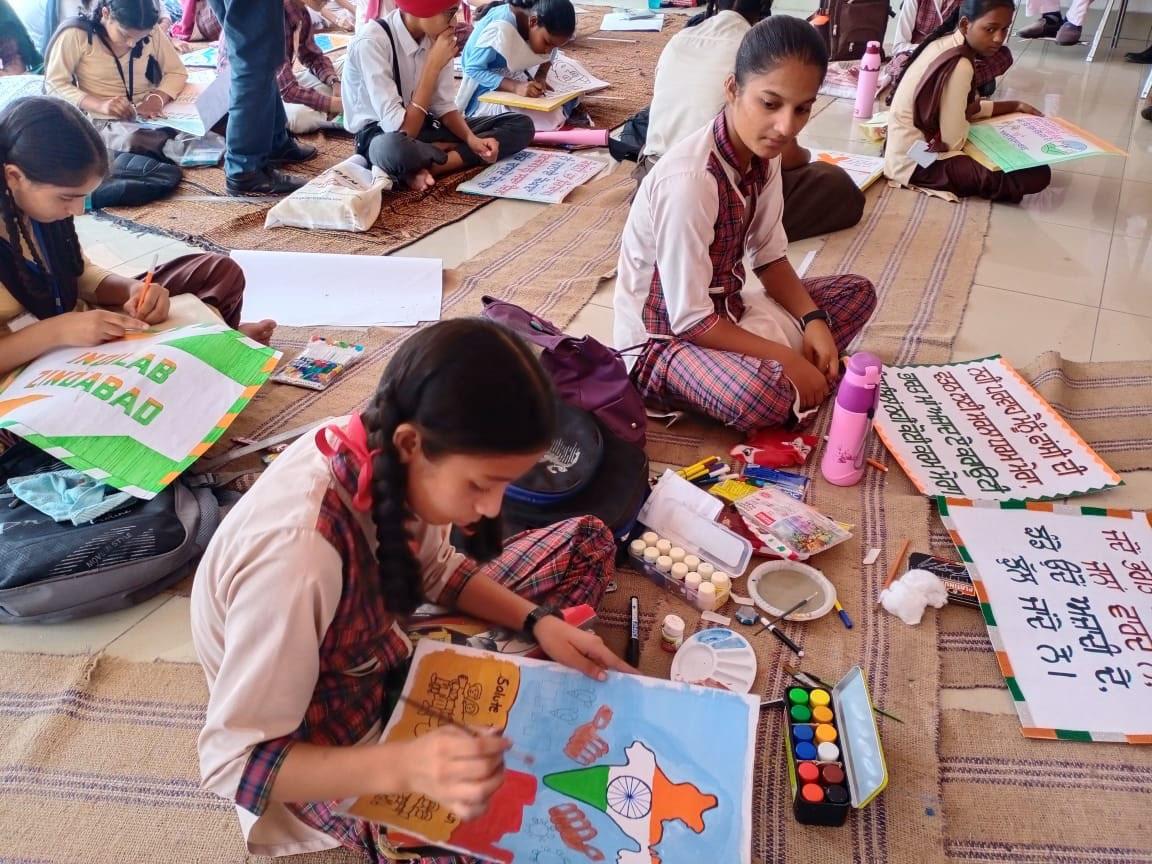 To mark the 75th anniversary of Independence, a district-level poster-making and slogan-writing competition was held at Shaheed-e-Azam Sardar Bhagat Singh Memorial and Museum, Khatkar Kalan, today.

As many as 56 students from the middle and secondary classes categories took part in the competition with great patriotic zest. Portraying the message of nationalism in their paintings and slogans, they displayed colourful posters and slogans pertaining to our national heroes, ‘Bharat Mata’ and known quotes of the legendary freedom fighters.

ADC (G) Rajiv Verma who inaugurated the competition said the event was aimed at making the students aware of the great freedom fighters and their struggle and contribution towards Independence. He said the ideas canvassed on the paper by the students are much more impressive than our expectation and thought. He added that the first two achievers of both the competitions would be given a chance to participate in the state-level competition going to be held in the coming days.