Residents hail education policy, say it is ambitious, but also flag concerns over its implementation 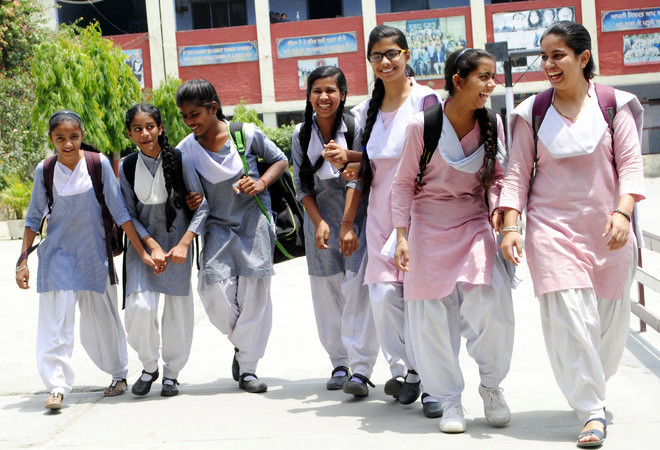 The National Educational Policy will introduce a large number of changes such as ensuring free education for all till the age of 18. File

Open House: Will National Education Policy 2020 transform the education system of the country?

If implemented well, can go a long way

The National Educational Policy (NEP) is definitely praiseworthy decision, a big leap for all the Indian students. Here is a policy that aims to spur innovative side of a student instead of traditional factual learning, examination oriented education. The policy makes it all easier for a child entering higher secondary — whether to choose science, commerce or humanities. Now, one can study physics along with geography or maths along with history, without worrying about the subjects one will choose for graduation. For the present and previous generations, this breathing space to choose between subjects was totally unthinkable. Removing the all-encompassing demeanour of the class XII board exams, it now proposes eight semesters beginning from class XI onwards, wiping out the notion that ‘’one exam will decide your future’’. But, the harm lies in implementation. We all see how RTE is falling short of giving free education to all. Not even the 25% seats reserved for RTE students in private schools are filled despite the fact that millions are still out of education system and this is where the initiative lacks substance. For our country to achieve the much-hyped great power status, the key will be implementing NEP 2020.

The New Education Policy rolled out by government is not wholesome and beneficial for the students. The first was drafted by Kothari Commission in1968, the next in 1986 under Rajiv Gandhi-led government, and was tweaked in 1992 under Narasinha’s rule. After a gap of 34 years, it has been modified now. Previous policy was 10+2 and this one is 5+3+3+4. This will not help in reforming the education system. The strong point is the primary education in mother tongue and the introduction of humanities subjects like history, literature, ethics etc in graduate courses of all students before specialising in medicine or engineering. This would result in all round development of doctors, engineers and MBAs. Unfortunately, there was no such discussion in the parliament about it, the academia wasn’t consulted nor the education ministers of the states. The education is a concurrent subject in which both Central and state governments can enact laws unlike railways, post and telecommunications, foreign affairs and currency which fall under the Centre. Current rulers have only diversionary tactics like that of Karl Marx’s famous quote ‘Religion is the opium of masses’, and this can be seen in use to the utmost potential. The economy is in shambles, businesses are down and people have no money – while they are hell bent on construction of Ram Temple. There is no provision for reservations for SC students and no scholarships either. Foreign universities are being invited to set-up establishments here only leading to a never-ending exploit. All in all, it’s not a good move. It is only a draft and has no legal status and implementation may take years.

Post-Independence, the higher education system in the country has faced multiple problems due to structural flaws in the policy framework, lack of political will and misgovernance. Unlike in the West, successive governments have evaded their responsibility of providing quality education and allowed unchecked private investment vis-a-vis public funding in the education sector. Consequently, education as a public good has failed to contribute to the holistic national development and creation of a humane, egalitarian society. The new National Education Policy (NEP) 2020 has elicited varied responses from political parties, educationists and stakeholders. While some have lauded its visionary ideas and bold innovative proposals for sweeping transformative reforms aimed at overhauling the present distorted anachronistic system to meet the needs of 21st century India, others fear that it will promote excessive privatisation, commercialisation, politicisation, centralisation and saffronisation, and hamper the fundamental goal of human development and expansion of knowledge. Undoubtedly, the focus on early childhood education; multi-disciplinary system; vocationalisation and developing cognitive capabilities; revamping governance structure; selective entry of high-quality foreign universities; increasing public investment to 6 per cent; providing higher education free to 50 per cent of students, increasing gross enrolment ratio to 50 per cent by 2035 is praiseworthy. But conducting exams for Class III students, mandatory entrance tests for college and university admissions, accurate assessment of student skills, regulating the fee structure of private institutions, etc. are Herculean tasks. Proper and timely implementation of these reforms is a formidable challenge. The Centre should seek support from the Opposition, the state governments and the entire higher academia for its success. Otherwise, the revised NEP will be a futile exercise undermining our cherished democratic ideals.

The decision of the Central Government to bring new NEP into effect is a bold step, which the other successive regimes could not even think. After a long period of three decades, the domain of education has received so much attention from all stakeholders who toiled hard to bring the sweeping changes. As far as the outcomes are concerned, it is wait and watch process. Obviously, nothing succeeds unless it is tested by fire. Yes, the importance given to coding, art and literature and multiple other vocational courses will definitely help the learners carve out a niche for them in the fields of their choice. At the same time, it will also generate considerable employment as well-qualified resource persons have to be recruited and of course paid handsome remuneration. The other notable adoption is to allow students to exit their four year degree programme anytime with a certificate for one year, diploma for two years and so on. One more thing which is extraordinary is offering the school students to opt for the subjects of their interest. It means even a science student can study literature or art or music depending upon his passion. So in nut shell, it is going to bring a paradigm shift in the country if implemented in letter and spirit and in principle. So let us hope for a brighter future .

Discouraging English is a retrograde step

The NEP is an ambitious and futuristic move but much of its success will depend on how it is executed. The new NEP will introduce a large number of changes and scrapping the 10+2 structure for a 5+3+3+4 structure in school education. But the matter of concern is if a child has studied until Class V in regional language, how will he adjust if he gets transferred to some other state? For instance, you live in Kerala and your child has studied until Class IV in Kerala. Thereupon, if you shift to Punjab, where most of the schools teach in Punjabi, the child will not be able to adjust. In my opinion, it is important to give priority to English because today it has become a global language of communication worldwide. And this would be an advantage for India in comparison to China and rest of South East Asian countries because there people are not well-versed with English to this extent. Since people in India speak English, it is easier for them to compete in western countries.

Language formula needs to be revised?

The NEP is a commendable policy announced by the government as it aims at making the education system holistic, flexible and multidisciplinary. The new NEP will introduce a large number of changes such as ensuring free education for all till the age of 18, which is commendable. Being a teacher, I would emphasise on the importance of focusing on the mother tongue as a medium of instruction till Class V. Does it really work? Studying in regional language will have no issues with the state schools. But the CBSE should review it for metros, where kids from all over the country study together. They will need to find a way out.

Emphasis on promoting creativity in students

The Centre has announced a New Education Policy after a lapse of 34 years with the objective of heralding major reforms in all streams of education. Whether it will help transforming our education system as envisioned or will lose its momentum due to various bottlenecks in way of implementing any progressives initiative, is a debatable subject. Education being a concurrent subject, any conflict with any state on any policy matter can impede an effective and uniform implementation. The possibilities of amending the list for bringing education into the central realm can be explored. However, looking at major positive points, the approach towards languages with emphasis on mother tongue at primary level is laudable. The vision of lessening bag’s burden on the back of primary students and making their learning playful and enjoyable is praiseworthy. Providing scope of vocational training during schooling only is also a laudable step. Emphasis on scientific research and promoting creativity with divergent choices of subjects and flexibility thereof at various stages are highlights of NEP. We need to tread cautiously with renewed optimism.

The police and the Excise Department recently seized 2.5 lakh litres of lahan during raids conducted in Ludhiana villages. The Excise Department ‘destroyed’ the lahan by throwing it into the Sutlej thereby ‘endangering’ aquatic life. Shouldn’t the lahan, seized in large quantities, be disposed of in a scientific manner? What guidelines the government needs to come up with in order to ensure its proper disposal?

Suggestions in not more than 200 words can be sent to jalandhardesk@tribunemail.com by Thursday (August 13).