Says every SHO must have frequency meter to monitor noise level 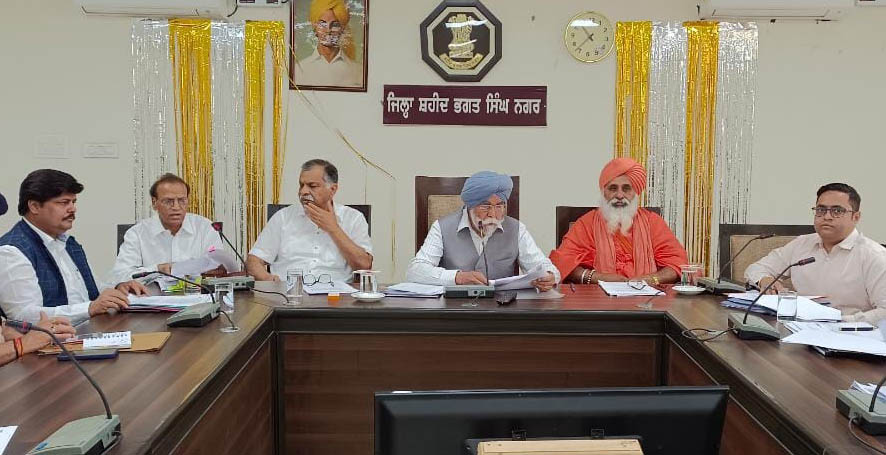 A monitoring committee of the National Green Tribunal (NGT) led by Justice Jasbir Singh along with its members — former Chief Secretary SC Aggarwal, Sant Balbir Singh Seechewal and Babu Ram — on Monday directed the officials of the district administration to fix the deadline of the solid waste management projects (SWMPs) and sewage treatment plants (STPs) and ensure their timely completion.

Justice Jasbir Singh said the officials would have to fix the timeline of each component in the projects, including preparation of DPR, tendering, date of execution and completion, and the committee would check the progress of the projects regularly by visiting the sites.

The committee also asked the officials to ensure construction of green belts and boundary walls around the solid waste management sites and carcass plants in the district. Besides, CCTV cameras and a piezometer must also be installed at the dumping sites.

The members of committee also asked the officials to mark collection centres of e-waste. They also told them to set up stations for monitoring air pollution in the district.

The committee said all projects must be completed timely and asked the officials to give ‘top priority’ to the environment so that we can give a safe future to coming generations.

Further, the committee asked the police department to ensure every SHO has the frequency meter to monitor the noise level in their areas. He also asked them to install sign boards in the noise zones.

Likewise, the committee also exhorted the people to start segregation of waste at the homes to help the administration in eliminating the garbage dumping points in the district.

Deputy Commissioner Vishesh Sarangal assured the committee that the district administration will adhere to deadline fixed by NGT and would ensure the directions were being followed in letter and in spirit.