Voters not happy with his performance, say he failed to keep his promises 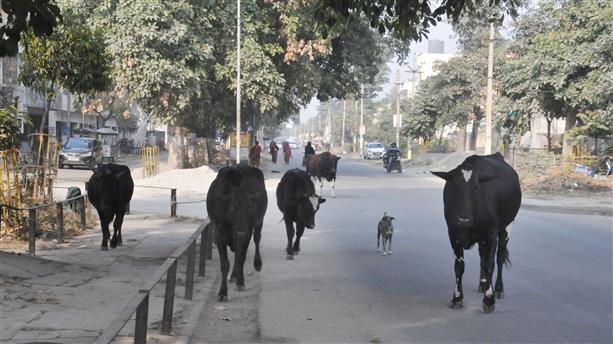 It is not going to be a cakewalk for Congress candidate and sitting MLA Pargat Singh to make a hat-trick from Jalandhar Cantonment constituency as many promises made in the 2017 manifesto still remain unfulfilled.

The voters in the constituency say MLA Pargat promised that good governance would be his priority and several development works will begin once he was elected to power, but even after five years nothing has been done.

“The Congress miserably failed to keep its core promises even that of smartphones and after more than four years, they had put the entire blame on former CM Captain Amarinder Singh,” said Gurbachan Singh, a resident of Jamsher village. He said most of the villages in the constituency were crying for attention, at some places garbage dumps have become an eye sore while at other places poor road infrastructure, clogged sewer etc are troubling residents.

“I and my entire family and even a large number of residents of the village voted for Pargat thinking he’s an honest man, but now we have realised all politicians are the same. They pamper us during election time, but forget us later,” Singh added while pointing out the heaps of garbage in the area and poor roads.

Gurleen Kaur, a +2 passed out, who had applied for a Canada visa, said: “There are no jobs here. Every time the politicians make huge promises of jobs, but the reality is that most of the jobs remain only on paper. It’s better if one settles abroad if he/she is looking for a better future,” she said.

Meanwhile, a visit to various villages of the constituency, including Pholriwal, Sofi Pind, Khursropur, Dheena, Jamsher, and a few wards of Jalandhar Sadar Bazaar showed Pargat’s promises against good governance and development are yet to be achieved. Besides, there was no adequate infrastructure at many schools and hospitals in the villages and waste management remains a major issue for the residents.

Jagbir Brar, the SAD-BSP candidate from the constituency, said: “Despite the fact that constituency is known for its rich contribution to sports as it has produced over 300 hockey players, including 14 Olympians, the youth in the villages are deprived of sports facilities, including stadiums and other infrastructure”.

Further taking a dig at Pargat, Brar said the sports minister failed to visit the area in the last four years, and now with elections on mind, he has recently laid the foundation stones of several projects without bothering about the modalities.

Meanwhile, Pargat Singh said he has full confidence in the voters of the constituency, who with their mandate will make him winner for the third time in a row. He said a lot of work has been done and the majority of the promises have been fulfilled, but due to Covid and then his ministerial responsibilities, a few of the projects were delayed, which will be completed once the Congress government is formed again.