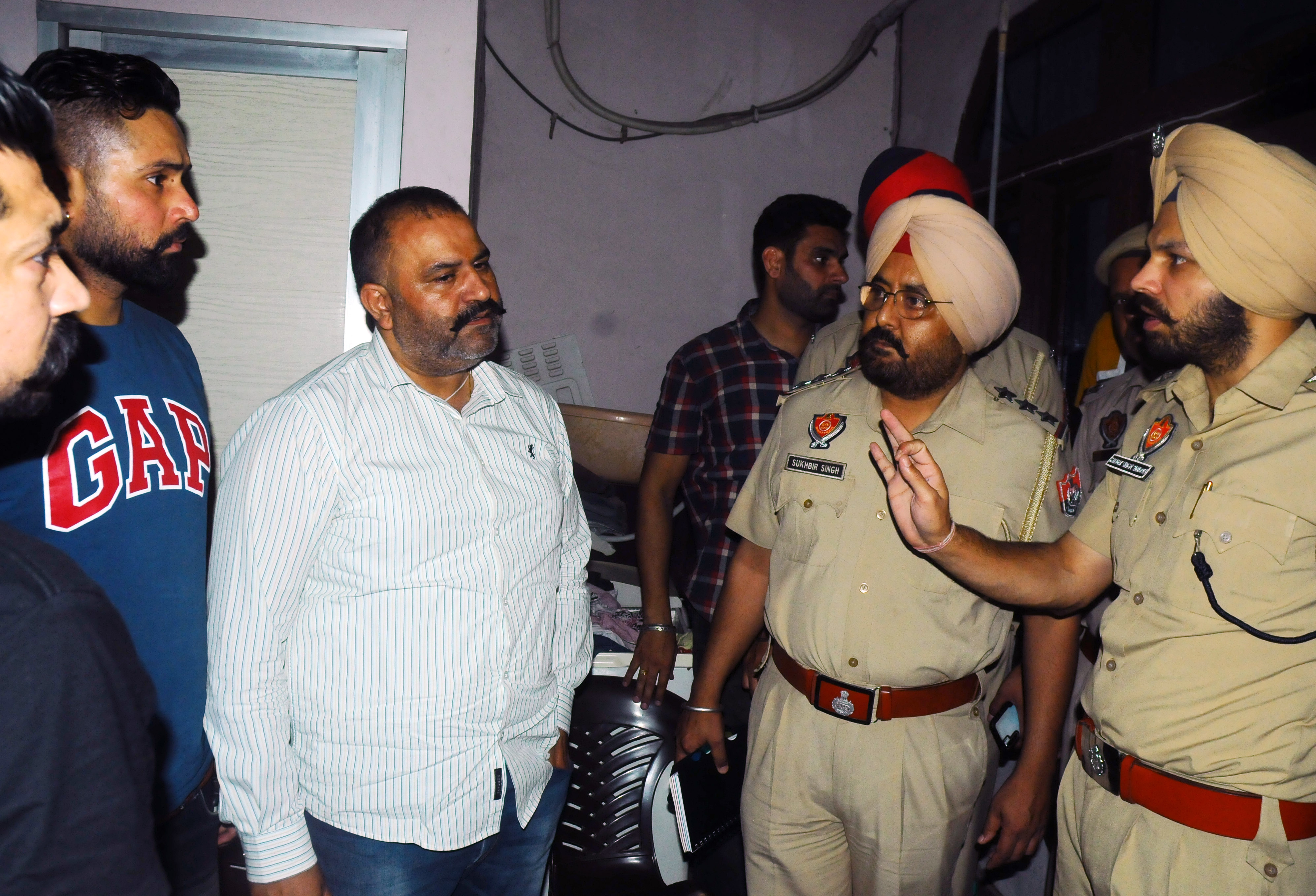 Incidents of crime have been on the rise in the Jalandhar West constituency for the past few months. Around three to four incidents of firing have taken place in the constituency in the recent past. Besides, a murder over a property dispute was reported just two weeks back.

Apart from this, residents of the constituency also complain of incidents of attack, theft and snatching in broad daylight becoming common in their area and said they have been living under constant fear.

On Saturday night, tension gripped Basti Danishmanda’s Shivaji Nagar in Jalandhar West, which falls under Division Number 5, after gunshots were fired outside the residence of Congress leader Deepak, alias Dipu. The Congress leader is said to be a confidant of former Jalandhar West MLA Sushil Kumar Rinku.

Talking to the media, Deepak, who works in the Tehsil complex, said he was allegedly attacked by Rajan Angural, brother of Aam Aadmi Party’ Jalandhar West MLA Sheetal Angural.

The Congress leader alleged that he was standing in his neighbourhood when around 20 to 25 people attacked him. Masked miscreants fired two shots at him; however, he managed to save himself and ran inside his house. He said the accused also challenged him to step outside and threatened to kill him.

Deepak alleged that he (Rajan) was furious over party-related issues. “He has also attacked me in the past. But, such attacks cannot change my mind. I will remain a strong supporter of the Congress,” said Deepak.

Sushil Rinku also reached the spot after the incident and without naming MLA Angural or his brother; Rinku claimed that the rate of crime in the district and across the state had increased since the change of guard. He appealed to the police to nab the accused and increase vigilance across sensitive areas.

Contrary to the allegations levelled by Congress workers, supporters of Rajan Angural claimed that Deepak and his group assaulted him and were the first one to open fire. They alleged that the Congress leader and his supporters opened fire in the air and abused them.

Meanwhile, by the time a police team reached the site on receiving information, the miscreants had fled. SHO Sukhbir Singh said a case had been registered against unknown miscreants. On being questioned about Rajan Angural’s alleged involvement in the incident, the SHO said the complainant hadn’t named him in the FIR. He said the police were scanning CCTV cameras and an investigation was on.