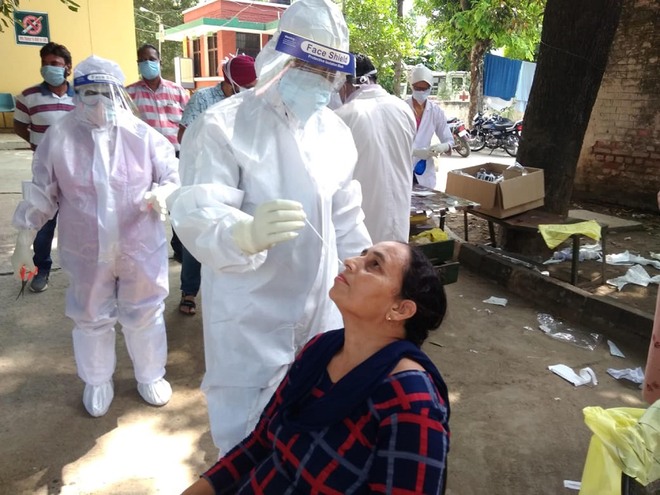 In view of the strike by NRHM employees, the formal health bulletin was also not released in the district for the second consecutive today.

27-year-old among seven fall prey to virus in Hoshiarpur

Out of 3,996 reports received in the district, 266 persons tested positive for Covid-19. With 11 more persons from the district reported positive from other districts, the tally reached 22,189. The health authorities reported seven deaths, including that a 27-year-old youth. With this, the death toll reached 771.

Of the new positive cases, 36 cases were related to Hoshiarpur city, while remaining were from different health blocks of the district. Three deaths were reported from the Hoshiarpur hospitals, Two from Jalandhar hospitals and one each from Dasuya Civil Hospital and a private hospital at Ludhiana.

The district reported 79 cases on Friday while two lost their lives to the deadly virus. A 60-year-old man from Urban Rahon died at a hospital in Nawanshahr, and a 40-year-old man from Muzaffarpur succumbed to the virus at PGI Chandigarh. The district tally has now reached 9,382. The recovery rate in the district is 89.59 percent. As many as 656 patients are recovering in home isolation. At present, 759 active cases are there in the district. As many as 74 patients are admitted in the Level-II Covid care facility and 18 in Level-III facility at local hospitals.