With the region continuing to shiver under biting cold, Raen Baseras have failed to serve any purpose 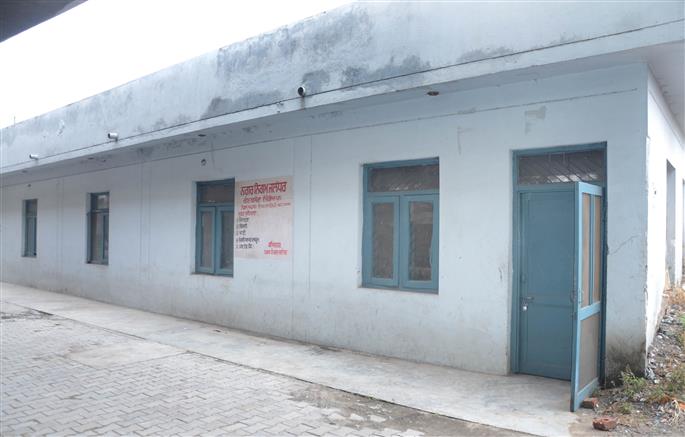 The Raen Baseras (shelter homes) constructed in various parts of the city for the homeless have failed to serve any purpose as the poor and homeless are spending their nights in the open.

A visit to two of the shelter homes situated near Railway Station and Lyallpur Khalsa College revealed that there are multiple issues being faced by the visitors, but the authorities concerned are least bothered.

Real problem, but no solution

There’s a board displayed on the main wall of the shelter homes, which mentions the presence of a first-aid kit, blankets, geysers, beds etc, but in reality, the situation was completely opposite. Those staying there were found shivering due to bone-chilling cold and forget about geysers, there were no proper mattresses on the folding beds. Besides, the toilets were also found to be in a filthy condition.

I have tried to avail entry to the shelter home many times, but they don’t let me in because I don’t have identity proof. I have never been to school, I don’t know who my parents are, even if I visit Suvidha Centre, they’ll throw me out realising I am a beggar. —Birju (32), A beggar

Ramesh, who runs a grocery shop near Raen Basera at Damoria underbridge, informed this correspondent that despite cold weather only five to six homeless people are taking shelter here even though there was a capacity for 30 to 35 persons.

He said most of the time this Raen Basera remains closed during day time and opens only after 8pm. “There is only one caretaker here at present. He opens and closes the hall as per his wish. We haven’t seen any cleaning staff or any other official visiting here. The condition inside is horrible. Only the poor who have nowhere to go can live here, otherwise you just can’t bear the stink that emulates from the washrooms,” he added.

Notably, when this correspondent visited during day time, the Damoria underbridge Raen Basera was found closed. Even a separate hall for women, which too was locked, looked like it hadn’t been opened since ages. Despite repeated attempts to reach out to the concerned official, whose contact number was displayed on the board there, he was unavailable for comments.

Meanwhile, the situation was similar at a shelter home near Lyallpur Khalsa College. It was also found to be occupied by fewer homeless than its actual capacity. Lying on the bed is also a compromise for visitors as mattresses and blankets were reeked of filth. Besides, the blankets were those of mild winters, and had no warmth. The water tank kept on the rooftop for washrooms was also leaking.

When the issue of identity cards was discussed with MC Commissioner Karnesh Sharma, he said identity proof orders were passed to ensure that no anti-social elements were given shelter, but we do allow the real poor people without cards to rest inside. Meanwhile, understanding the problem is genuine, he said the MC would chalk out guidelines to find a middle path and allow entry to all. He also said a strict action would be taken against the officials who have failed to upkeep the maintenance.