After project completion, travel time from Jalandhar to Katra to come down by 2.40 hours 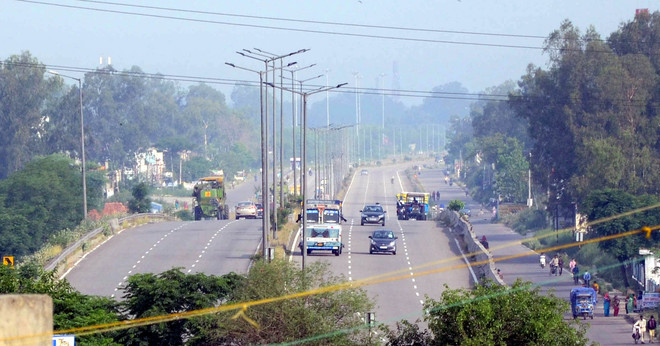 The NHAI is likely to invite tenders for the project next month. Photo Sarabjit Singh

Moving a step closer to the execution of the much-awaited Delhi-Katra Expressway, the district administration has issued a 3(D) notification to acquire 1,485 acre in Phillaur, Nakodar and Jalandhar-II subdivisions of the district.

Process has been initiated to decide compensation award for the acquired land. Being an expressway, there will be a limited number of access points to it and Jalandhar will have only two.

Deputy Commissioner Ghanshyam Thori said officials had initiated the task to decide compensation award for the acquired land so that a notification under 3(G) for award distribution could be issued at the earliest. He said the 3(G) notification was issued when the entire details of land to be acquired, such as area, name of landowners, etc were published after completing the survey.

The Deputy Commissioner said being an expressway, there would be a limited number of access points to it and Jalandhar would have only two access points, including one at Kang Sabu village, Nakodar, and the second from the Kartarpur area.

The National Highways Authority of India (NHAI) was likely to invite tenders for the project next month. The travelling time from Jalandhar to Katra would reduce to just 2.20 hours from the present five hours with this expressway, Thori said.