Not so 'smart': City grapples with same old problems : The Tribune India

Dug up a year ago for water project, road near Tagore hospital a bottleneck 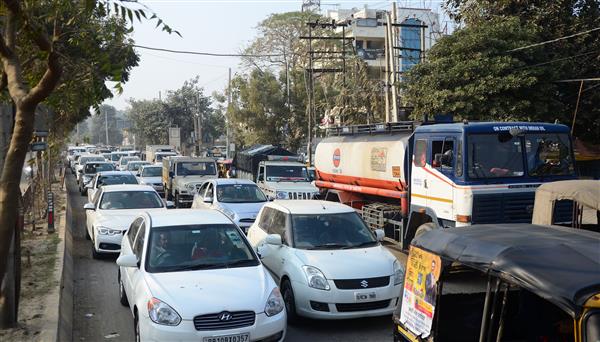 Despite being a part of the Smart City Mission, Jalandhar doesn’t appear to be anywhere close to being called “smart”, as it continues to grapple with the same old problems that it used to before it was included on the coveted list.

One classic example of the official indifference is the road from Kapurthala chowk to workshop chowk. One side of the road near Tagore hospital has been lying closed for the past many months, which has led to never-ending snarl-ups at Kapurthala chowk, especially during the evening. As a result, it takes 30 to 35 minutes for the commuters to cross the stretch.