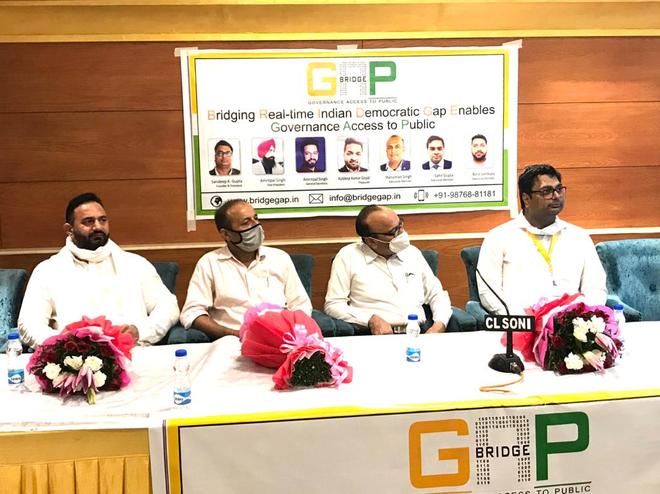 Sandeep Gupta with the Mayor in Jalandhar.

To bridge the gap between the public and political leaders across the state, city-based techie — Sandeep Kumar Gupta — has launched web portals to enable locals to approach their area leaders in just a single click.

Different web portals have been created for Member of Parliaments (MPs) and Members of Legislative Assembly (MLAs). Councillors, too, can be approached through the web portal.

Gupta, founder of Sakar Micro Solutions Private Limited, said the portals would be managed by a team of volunteers under the NGO — Bridge Gap Society. “The web portals will help residents to register their grievances in an easy way and the governance will be accessible to the public. A team of 11 members, including technicians, will also communicate to the IT teams of all MPs and MLAs to make use of the portals for resolving the complaints of people. All particulars of the political leaders and councillors have been filled in the portals.

These portals were inaugurated in the presence of Congress leader Manoj Malhotra, MLA Rajinder Beri and Mayor Jagadish Raja among others.