Agri Dept shares clips on social media to encourage others 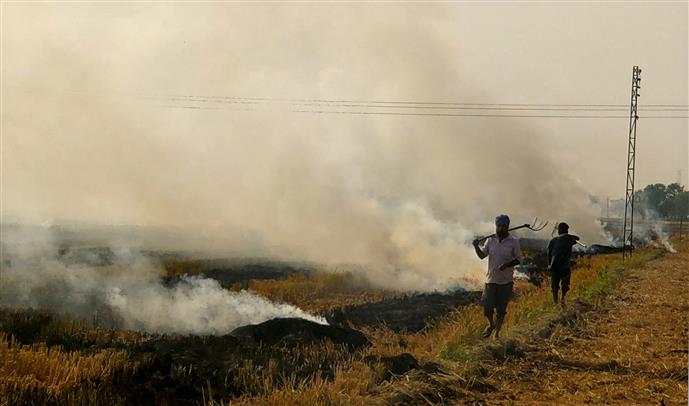 Last year, as many as 2,555 paddy stubble-fire incidents were reported in the district. To tackle this never-ending problem, the Agriculture Department has taken an initiative of creating videos of farmers who are not burning stubble for the past many years and are sending these to others through various social media channels. 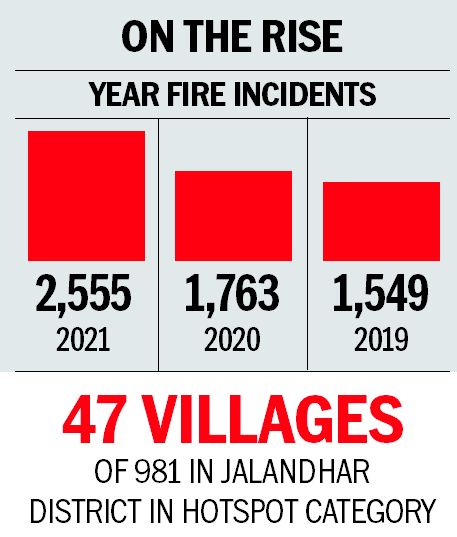 Along with the videos, the contact numbers of farmers are also being shared so that those who want to adopt the method to manage the paddy could discuss in detail with the progressive farmers.

On a TouTube channel named ‘Safal Kisan’, the local department is putting videos and circulating amongst district farmers.

The department has identified 47 hotspots where the maximum number of fire incidents was reported. Out of 981 villages in the district, 47 got their name registered under hotspot villages of Jalandhar category.

Notably, in 2019, as many as 1,549 stubble-burning incidents were registered and there was an increase in 2020 when Jalandhar witnessed 1,763 incidents, and last year 2,555 cases were recorded. Every year the cases are increasing. The administration, along with Agriculture department, often embarks on a special campaign to distribute subsidised paddy straw management equipment among farmers.

The Deputy Commissioners keep on asking farmers that instead of burning paddy straw, they must adopt effective methods for its in-situ management through latest techniques. Last year, cash rewards at block level for panchayats, custom hiring centres and individual farmers resorting to stubble management practices was also announced by the then DC.

During an interaction with farmers at Bir Pind of Nakodar, the then DC had said the administration would facilitate panchayats with cash reward of Rs 50,000, custom hiring centres with Rs 20,000, and individual farmers with Rs 11,000 per development block for shunning stubble-burning. But, these promises fail to give any results. In 900 villages, the Agriculture Department has also pasted slogans to aware farmers.