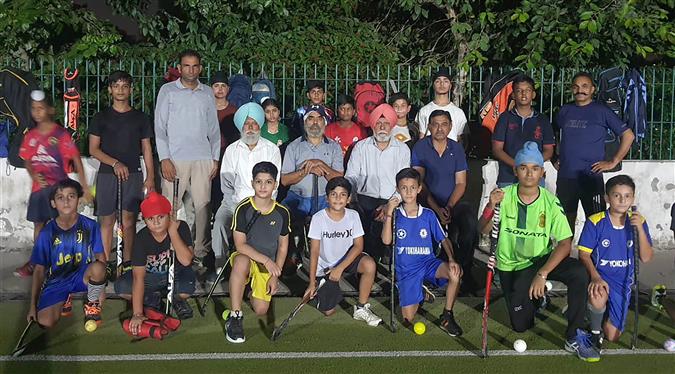 The tournament will be held at the PAP, Jalandhar. Tribune Photo

When legends are forgotten by the government, sports lovers come forward to keep the legacy alive. The 22nd edition of Olympian Mohinder Singh Munshi Hockey Tournament is going to start from November 10 and would conclude on November 13. The tournament will be held at the PAP, Jalandhar.

He was a penalty expert and had great stamina, said late Olympian’s brother Satpal (63). Unfortunately, he died at 24 due to jaundice, he rued.

“He was my elder brother. I have seen him doing a lot of hard work and achieve in his short life. We are and will always be proud of my elder brother. But one thing which disturbs us is that the government never did anything for us. Not even a single award for the young player who played for the nation in 1976 Olympics and performed so well,” Satpal said. The brother added that even starting the tournament 22 years back was a challenge, but the desire to keep his brother’s name alive never died and the tournament started being held.

Daljit Singh, vice president, Olympian Mohinder Singh Munshi Association, said around 12 teams would be taking part in the tournament and this time two teams from Madhya Pradesh might also participate apart from the teams from Punjab.

“The motive of keeping the tournament for U-19 is that young players should get to know about the star player. Also, there are numerous other tournaments for adults, but we wanted to keep it for young generation,” Singh said. The tournament is being held after a gap of two years due to pandemic.