Open House: Do you think that the single-use plastic ban is being followed in letter and spirit? : The Tribune India

Open House: Do you think that the single-use plastic ban is being followed in letter and spirit? 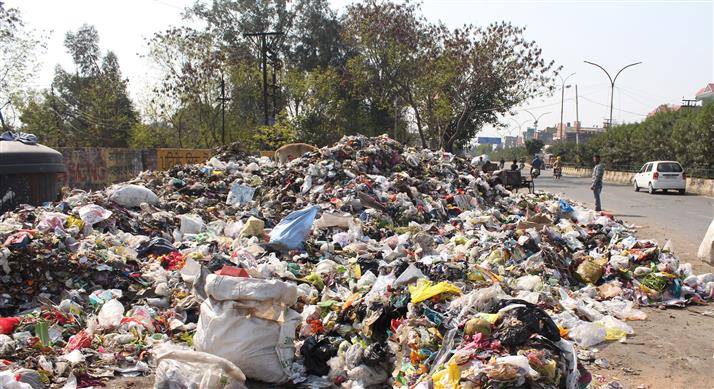 Despite the ban, there seems no check on the unabated use of ploybags and other single-use platic items, which continue to cause major pollution across the city. Tribune Photos

Poor implementation for want of follow-up

The state of Punjab decided to implement the plastic ban with effect from July 5. In view of the harmful effects of plastic on livestock and environment, various organisations had long been advocating against the domestic use of plastic with less than 100 microns of thickness, as these give a rise to dreaded diseases like cancer, tuberculosis and chronic infections. And yet, three months on, many such items are frequently sold and used. Obviously, the drive “Say No to Plastic” lacks the desired thrust towards implementation. Some households and NGOs are wary of the success of the drive, and feel that it would end up just like yet another pronouncement, for want of a poor follow-up. Moreover, water bottles, juices containers, food-packaging materials have been left out of the purview of the banned items. It is our collective responsibility to discard the use of recycled plastic. The authorities must take strict action against the violators. There is a need for holding vigorous awareness campaigns to push for alternative eco- friendly products made of bamboo, glass, steal and brass, which will not only encourage indigenous craftsmanship, but also create job opportunities. 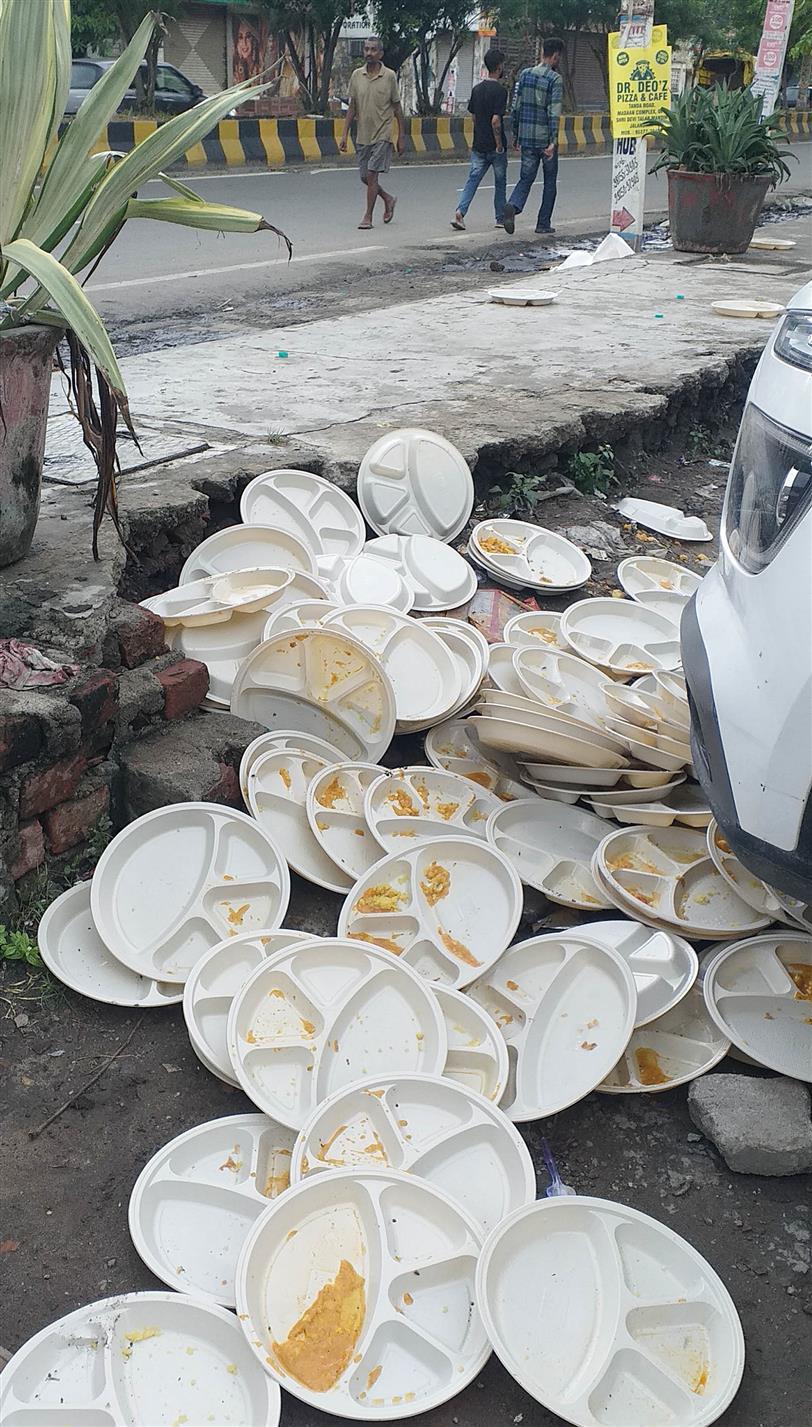 The use, or rather misuse, of plastic has only increased in the country in the past few decades. The introduction of disposable containers, bottles, cutlery, polybags, gift wraps, etc., initially appeared fancy and we were all overawed by these, but now these have turned into a nuisance. Though the government has taken a big step by banning the manufacture and use of single-use plastic items, the mindset and habits won't change overnight. To make this movement a success, the first step is to educate the masses about the hazards of the plastic items. Once the common man understands the environmental and health problems associated with plastic, the consumption of polybags will drastically come. According to me, the ban will gradually show progress in due course of time.

Alternatives to plastic not available in market

After the Centre imposed a nationwide ban on single-use plastic items on July 1, the state government initiated an enforcement drive to identify and close down units engaged in the illegal manufacture, distribution, stocking and sale of such things. It has been hailed as a step in the right direction because it promises to deliver relief to human, animal and aquatic life and to the environment as well. However, the authorities have failed in its effective enforcement as disposable and non-biodegradable plastic items are still available in the market, adding further to the already rising levels of plastic waste and its creaky mismanagement. Similar restrictions were imposed way back in 1999, but the drive did not succeed due to lax enforcement and lack of sustainable alternatives. This time also potential challenges have not been addressed properly. Firstly, the list of banned products is not comprehensive; secondly, there is non-availability of viable, cost-effective alternative; thirdly, people's participation is missing as they are not aware of the plastic menace; finally, the industry is not given reasonable time for the desired switchover in a phased manner. The government must work on these fronts before taking strict penal action against those flouting the ban. 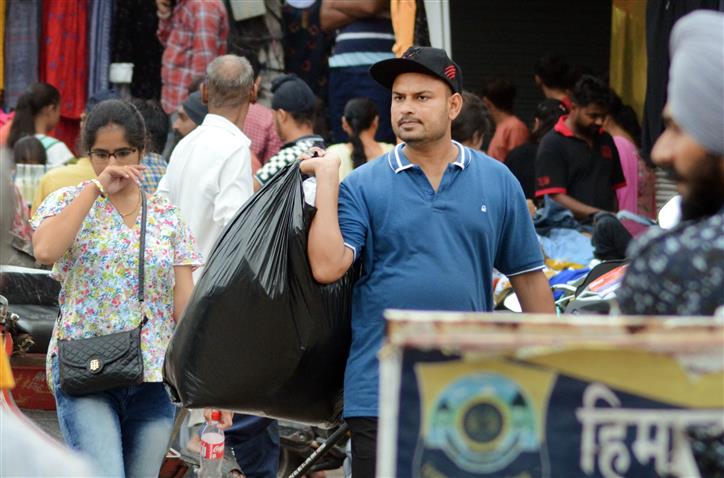 Authorities have failed once again

Two months after the ban on single-use plastic was introduced, the Punjab Government has not yet succeeded in properly implementing it in any district, including Jalandhar. Nothing has been achieved on the ground as plastic items are still being used with impunity. With the local manufacturing units shut for months, plastic is imported in bulk from other states. The government should find eco-friendly alternatives to single-use plastic items and make them available to shopkeepers, fruit and vegetable vendors, and customers. The government, NGOs and social and religious organisations should spread awareness among citizens about the ill-effects of the plastic use and motivate them to behave responsibly and voluntarily discard plastic items. Afterwards, violators of the ban should be strictly punished with a jail term or fine, or both under Section 15 of the Environment (Protection) Act, 1986. It is the moral duty of all stakeholders, including manufacturers, FMCG companies, governments along with shopkeepers and consumers to contribute towards the successful enforcement of the ban.

It has been over two months since the ban on single-use plastic came into force. Even though the restriction hasn't been able to bring any drastic change in the situation so far, people have certainly become sensitised to plastic pollution and their role in curbing it. However, mounds of plastic waste along roadsides are still visible and drains continue to get clogged with the waste. The ban can only be successful when people start shunning single-use plastic and vendors, too, stop using it. Authorities also need to get strict with violators for proper implementation of the ban.

Ban impractical, no time given to adjust

Though the Central Government banned the production, sale and use of plastic items in July, it was not practicable. The government should have allowed a few months. Shopkeepers and vendors routinely use single-use plastic items. Plastic items are degrading the environment and arable land. The government must give some leeway to manufactures and vendors. While the purpose of the plastic ban is welcome, however, the implementation of the ban is somewhat tardy and uninspiring. Animals often consume plastic items by accident. It can even lead to death. The ban has not been implemented earnestly.

Use campaign to make people aware of ban

People have become dependent on plastic in their everyday lives. It is difficult to change their minds. It require a lot of propaganda to sensitise them about the adverse effects of plastic use on life and the environment. Despite a prior warning, manufacturers, stocks holders, suppliers and users carried on with the production of single-use plastic material. To implement the complete ban, the state government has to take it seriously. Police, NGOs and social workers should carry out raids and keep a check on violators. The erring manufacturers and suppliers should be put behind the bars, and a heavy penalty should be imposed on them. All shopkeepers and vendors should encourage shoppers to carry their own carry bags.

Plastic pollution has come down

The level of plastic pollution has certainly come down to an extent. Cotton-made, ready-made bags, paper bags are typically used by vendors. Thanks to greater awareness about the adverse effects of plastic, most people have switched from plastic bags to paper and cotton bags. The awareness drive by the government has brought positive results. As things stand, very soon, the use of single-use plastic bags will be a thing of the past. The government should carry on awareness drives so that the ultimate goal of curbing the menace of plastic pollution can be achieved.

Time to take action against violators

Three months have passed but there is no impact of plastic ban. The goverment is not committed to making the state cleaner, healthier and pollution-free. Some vendors in small town or villages are not even aware of the ban. And those who are aware, they don’t have any alternatives. The government should provide alternatives to plastic. The ban has badly affected the manufacturers. There is a need for awareness programmes and regular inspections. The violators should be challaned. The government should encourage the shopkeepers to keep cloth bags. It is time for the authorities to take action.

It is quite surprising that in spite of national ban on manufacturing certain plastic items, some of the items are still locally available. NGOs, dedicated environment workers and local corporate houses can make a significant contribution towards making the people aware of the alternatives available. The violators need to be penalised. The shopkeepers, malls and local manufacturing units using any of the banned plastic items should face strict action, so that an example can be set.

A big step towards ending plastic pollution is the obliteration of single-use plastic. In the past few months, I have seen a drastic change. I feel that our city has received the ban in a positive way. We are heading towards the end of plastic pollution from our city which will initially set an example for the whole country, and then the whole world.

The LPU student’s suicide case has brought to the fore the underlying problem of stress, depression and other mental health-related issues among youth. An increasing number of youngsters are ending lives by suicide. What steps can parents and educational institutes take to check the alarming trend?

Suggestions in not more than 200 words can be sent to jalandhardesk@tribunemail.com by Thursday (September 29)