Over 13L vaccinated in Kapurthala : The Tribune India

Over 13L vaccinated in Kapurthala 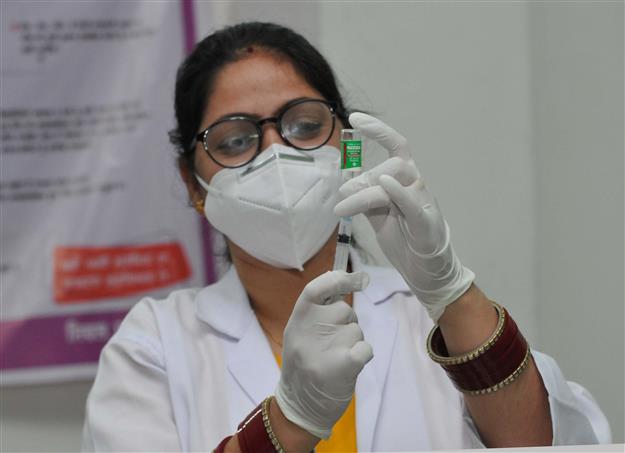 A medic prepares a dose of Covishield at Civil Hospital, Jalandhar.

With India achieving a milestone of administering 200 crore doses, health authorities in Kapurthala lauded the national target while also sharing that over 13 lakh people had been vaccinated in the district.

Adding to the increasing number of Covid cases lately, 51 persons on Monday tested positive for the virus in Jalandhar district. With this, the Covid caseload in the district has jumped to 78,948. However, 77,170 people have recovered from the infection, while there are 197 active cases. Also, the total number of deaths remains at 1,581, with no new fatality being reported. Meanwhile, in Kapurthala district, with two new cases of Covid, the total number of infections in the district increased to 24,019.

Providing information about vaccination in Kapurthala district, Civil Surgeon Dr Gurinderbir Kaur said until now 13,56,902 people had been vaccinated across the district. She said out of this figure, 7,07,061 had been given the first dose of the vaccine, 6,22,546 the second dose and 27,295 had been given the booster doze in the district.

Civil Surgeon Gurinderbir Kaur and District Immunisation Officer Randeep Singh appealed to the general public to visit their nearest health centres for vaccination and help the district achieve the target of 100 per cent vaccination to end the pandemic.