Over 60 per cent paddy lifted in Jalandhar so far 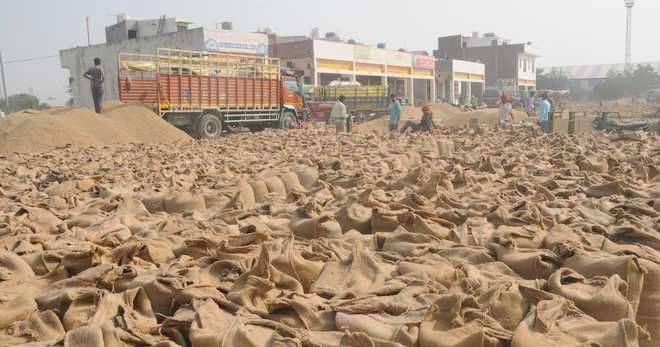 The procurement agencies in the district have lifted 61.84 per cent of paddy out of total crops brought at 75 mandis of Jalandhar by the farmers.

DC Ghanshyam Thori said Jalandhar district had secured top position in the state in lifting during the current paddy procurement season. He said the average percentage of Jalandhar was more than double the state’s average. The DC directed officials tasked with procurement to ensure lifting of crops within stipulated time frame after arrival into the mandis besides assisting farmers at every phase of procurement.

Pointing out further, Thori said procurement agencies in the district have purchased 97248 MT of paddy, however, a total of 60139 MT paddy have been lifted with a total average of 61.84 per cent so far. He asked officials to ensure availability of drinking water, toilets facilities, sanitisers and other facilities. The DC asked the officials to maintain this ranking throughout the season besides extending helping hand to the farmers during the whole season.