Says Hoshiarpur will be made dump-free soon 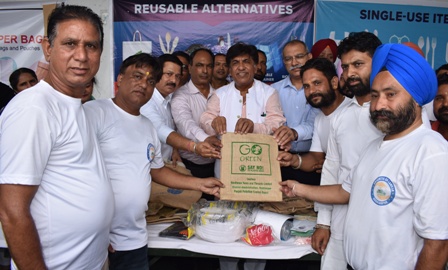 Cabinet Minister Brahm Shankar Jimpa today said efforts were being made to implement ban on single-use plastic but the drive could only succeed with active participation of people.

The minister said due to visionary leadership of Chief Minister Bhagwant Mann, an awareness campaign had been started on Friday in the entire state by organising functions emphasising prevention of single-use plastic usage. He also mentioned that the state government was diligently performing its responsibility towards the society and the environment. On the occasion, people took an oath to stop using single-use plastic.

He said in future, Hoshiarpur would be transformed into a dump-free city.