To monitor expenses, violations of Model Code of Conduct 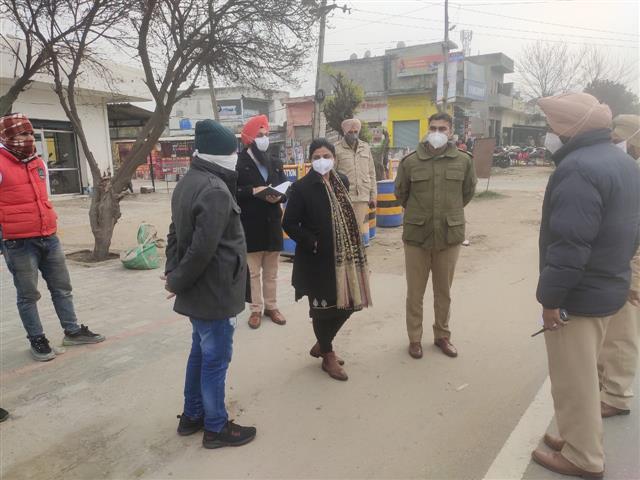 Both officers also assessed the deployment of teams at important checkpoints in Bholath, Phagwara, Kapurthala and Sultanpur Lodhi Assembly constituencies, where they visited Jhote Shah, Shehnai Palace Kanjali Road, Ramgarh village, checkpoints on Dhilwan National Highway besides Talwandi bridge, Udham Singh Chowk and Mundi Mour. The District Electoral Officer said high tech checkpoints have been set up at 19 places across the district to curb the usage of illicit liquor and any wrongdoing during the elections as the CCTV cameras of the checkposts were formally attached to the election control rooms. In addition, flying squads and static surveillance teams were also equipped with GPS, which were also connected to the system and control room, they are equipped with cameras.

Nine flying squads and three static surveillance teams have been deployed in each of all the four Assembly constituencies of Kapurthala district to monitor the election expenses and proper report of violations of Model Code of Conduct.

On this occasion, SSP Kapurthala said that strong security arrangements have been made for peaceful elections and checkpoints have been imposed at all important places and intersections.

In addition to this, deployment of paramilitary forces and flag marches were also being conducted in the cities to instill more confidence in the people about security. He said more than 2,000 security personnel have been deployed in the district.