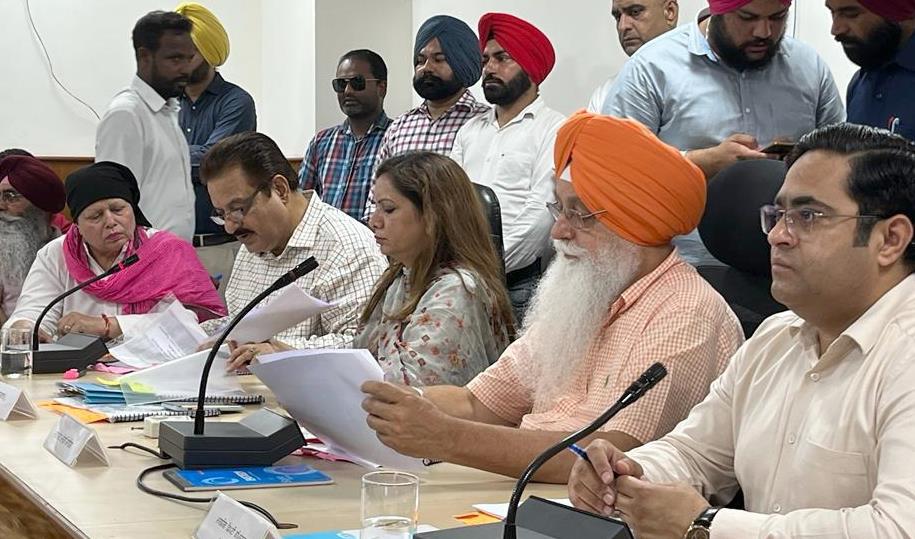 Minister for Local Bodies Inderbir Singh Nijjar has said Punjab is all set to provide drinkable canal water to residents of four cities — Jalandhar, Patiala, Ludhiana and Amritsar. This revolutionary step is being taken to save the rapidly depleting ground water.

Addressing mediapersons here today after reviewing the ongoing development works and implementation of welfare schemes, the minister said the Punjab Government has chalked out a comprehensive plan to ensure maximum utilisation of river/canal waters. In the first phase, four big cities would get canal water under a 25 to 30-year-plan. Besides, 85 other cities and towns have also been identified which fall within the 15-km radius of any river or canal so that the potable water could be provided to a major portion of Punjab in an easy manner.

Reviewing the current status of setting up Government Medical College in Kapurthala, the minister said he would take up the matter with the departments concerned so that the work may be started as soon as possible. The proposed medical college would be set up on 11.50 acres in the city.

Taking a serious note of road quality and water logging, the minister said there should be zero tolerance to poor quality of roads and PWD and Municipal Corporations must work in a transparent manner to ensure quality check in a strict way. He also made it clear that construction of roads by laying bitumen during rain would be dealt as criminal activity and officials responsible would be held accountable for that.

He also announced display boards to be installed to ensure road quality mentioning length, name of contractor, XEN concerned and nodal agency which execute works with mobile numbers so that more transparency may be ensured in working.

Reviewing 16 projects under Smart City Sultanpur Lodhi, the minister has asked officials to complete these projects on a war footing as it would not only facilitate the pilgrims visiting the holy city but also promote it as a favoured religious tourist destination. He also ordered the Municipal Corporations and Municipal Councils to start a special drive to aware the people regarding discontinuing the use of single-use plastic. Besides, helpline numbers and single window system should be set up in MCs to redress the grievances of people in stipulated time frame, he added.

The minister further said that it was decided to delegate the power to ADCs, Urban Development, and MC Commissioners to pass the building maps, except the ones of housing societies and commercial malls or multiplexs, to facilitate people. Earlier, a Punjab Police contingent presented a guard of honour to the Cabinet Minister in the presence of Deputy Commissioner Vishesh Sarangal and SSP Navneet Singh.

The AAP leader demanded that Phagwara should be included in Smart City or Amrut scheme for its complete facelift. He urged the minister to accord permission for change of land use on prime roads of the city to propel economic activity. He demanded regularisation of the services of sanitation workers, sewer men and all other temporary staff of the Municipal Corporation.