Protest on Beas bridge in Hoshiarpur too 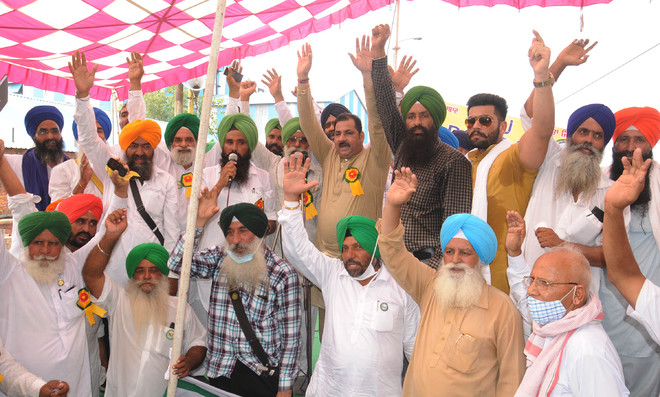 The protest started by the Peasants-Workers’ Struggle Committee, Punjab, on the bridge over the Beas (on the Tanda-Sri Hargobindpur road) continued for the second day here on Tuesday.

On the occasion, Savinder Singh Chautala, Kulbir Singh Kahlon, Savinder Singh Rupowali, Baksheesh Singh Multani, Sohan Singh, Paramjit Singh and Harjit Singh said the farmers were constantly struggling to get the bills withdrawn and the government should revoke these bills in the current parliamentary session.

They asked the state government to pay the dues of Rs681 crore to sugarcane farmers along with interest and make sure that the farmers have a firm ownership of the land.