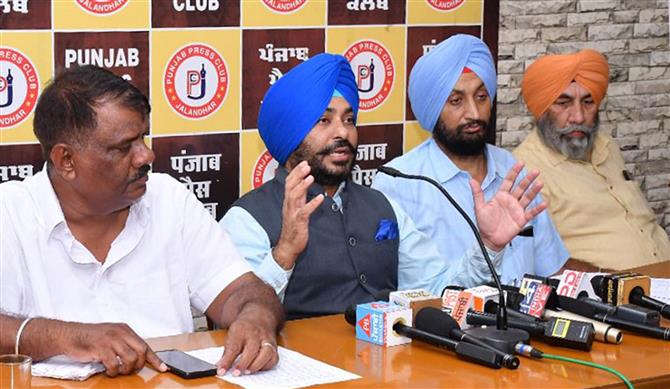 Having availed an anticipatory bail in the case, Walia alleged Balkar Singh, who has served as the DCP, Jalandhar Police, earlier, was trying to victimise him and Nimma over a trivial matter for his personal gains. Balkar, however, has outrightly denied any involvement in the matter.

Giving details, Walia, who was an AAP leader before switching to the SAD, said, “The matter pertains to Kotla village, which falls in the Kartarpur constituency. A property measuring about 26 kanals is owned by Swaran Singh. Following a legal dispute, the property was equally divided between his son Surinder Singh and his daughter.

“The property in dispute falls in MC Ward No.6 from where Nimma is the councillor. A Surinder's relative had eyes on his property. But the matter was sorted out between Surinder and his relative two months ahead of Assembly polls in favour of Surinder. Nimma ensured that the registry of the property was done in the name of Surinder.”