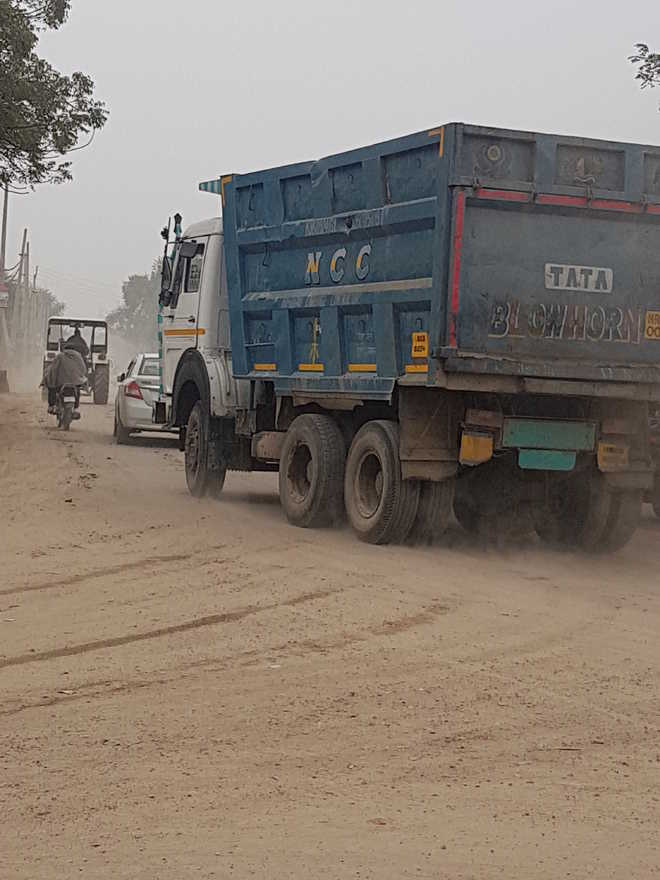 Distressed by the pollution of soap manufacturing factory in Himachal Pradesh, adjoining Punjab, and hundreds of sand overloaded tippers passing through the area daily, people here today started an indefinite dharna on the road connecting Himachal Pradesh with Punjab in Mehindwani village.

The dharna is being organised under the banner of Log Bachao Gaon Bachao Sangharsh Committee, Bet area (Punjab and Himachal Pradesh). Today, vehicles coming from the soap factory and overloaded tippers were not allowed to pass. However, all other vehicles were being allowed to go.

Members of the sangharsh committee said if the issue was not resolved within 15 days, they would stage a dharna in front of the factory gate. The committee members said they had submitted memorandums to officials of both the states but yielded no results. The protesters said they would withdraw the agitation only after resolving the issue. President of the struggle committee, Ashok Kumar, sarpanch Ramesh Kisana, former sarpanch Kulbhushan Kumar, former sarpanch Davinder Rana, sarpanch Dilbagh Singh, former sarpanch Shamsher Singh, Capt Prakash Chand, All India Jat Mahasabha Punjab general secretary Ajaib Singh Boparai, panchayat samiti member Mohan Lal Binewal and Panch Harbans Choudhary also addressed the protesters.