‘Punjabis contributed to 60% migration to Canada’ : The Tribune India 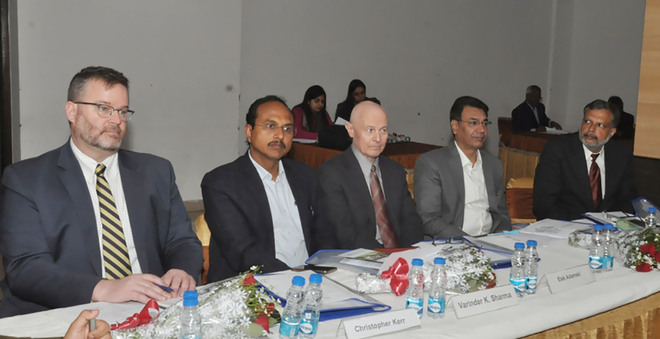 DC Varinder Kumar Sharma addresses a round table conference on safe and legal migration in Jalandhar on Wednesday.

The Deputy Commissioner (DC), Varinder Kumar Sharma, and the Senior Superintendent of Police (SSP), Navjot Singh Mahal, today held a round table conference on safe and legal migratio. The conference was organised by the Centre for Research in Rural and Industrial Development (CRRID) here.

The DC and the SSP said it was the need of the hour to ensure people chose the safe ways of migrating abroad. “The issue is important for us as Doaba and Jalandhar have the highest percentage of NRIs in the country and the trend amongst youth to move abroad is rising,” he said.

Also read: Indians getting permanent residency in Canada in 2019 up by 105 pc

Sharma and Mahal said on an average, over 1 lakh youngsters from the state migrated to foreign countries every year. They said in the past few years, a lot of illegal travel agents had mushroomed in the state. After police crackdown, 1,000 travel agents registered with the administration last year and their details were available on the website of the district administration, they said.

Christopher Kerr, Director of Operations for Immigration, Refugees and Citizenship Canada (IRCC), said in the past two years, there had been a 400 per cent increase in the trend amongst youth for migrating to Canada. He said Punjabis who made 2.3 per cent of the country’s population constituted 60 per cent of the migration to Canada. Kerr said the Canadian government welcomed all legal migrations from India with open arms.