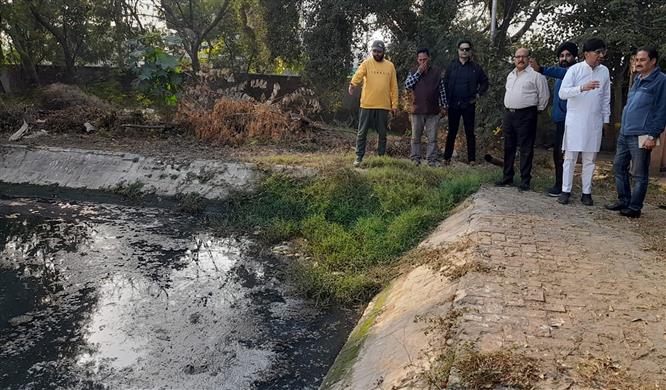 Residents living near the STP in Pholriwal, Jalandhar. File Photo

Residents living near the Pholriwal STP (sewage treatment plant) have been protesting against the Municipal Corporation (MC) for long.

But despite the residents’ objection to garbage being thrown at the STP, the MC office today issued an order directing ragpickers to continue dumping waste at the site.

A team comprising the Assistant Health Officer, the MC police in-charge, a Superintendent, the Chief Sanitary Inspector and three other sanitary inspectors has been constituted to deal with the protesters.

The MC is reportedly planning to take stringent action against those who protest the move.

The order released reads that earlier the waste was being thrown at the site but then some people started protesting against that. “It is to be mentioned that the rag pickers would throw the garbage at the designated site only,” the order states.

The residents have announced an indefinite agitation outside the STP until the problem is resolved. Earlier during the protests, the residents had blocked roads. Many of the agitators were seen holding placards expressing their displeasure over the issue.