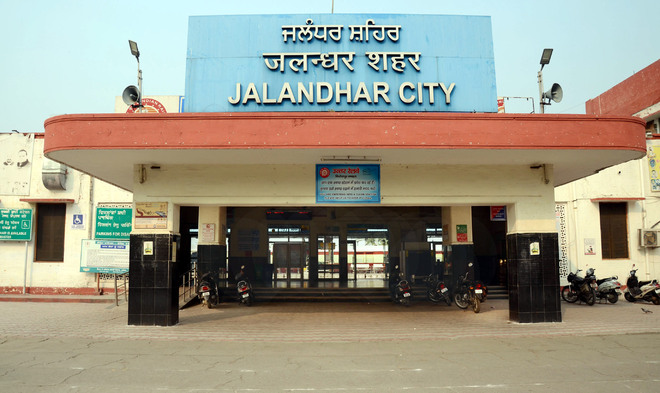 As farmers in the region commenced their stir against the promulgation of the farm ordinances on Thursday, adequate arrangements were carried out in the city to avoid any untoward incident.

Both — city and Cantt railway stations — ahead of the Punjab bandh call on Friday, also wore a deserted look. Three passengers who were unaware of the cancellation of trains, were asked to return by the Government Railway Police deployed at both stations. On the first day of the protest, not much agitation was observed and farmers also refrained from hitting the roads. However, as per the farm outfits, an intensified protest would be observed on the ‘Punjab bandh’ day.

Owing to zero movement of locals as well as inter-district commuters, the services of Punjab Roadways and PRTC busses will possibly be suspended on Friday. Navraj Batish, General Manager at Jalandhar Depot-1, said: “While no official information has been received on the suspension of bus services, the directions have been received to operate busses considering the safety of passengers amid highways being blocked. There is a fleet of around 55 buses at the Roadways Depot-1 and 35 at Depot-2.

While major roads and highways will remain blocked on Friday, DCP traffic, said the traffic routes would be diverted through villages to ensure that commuters don’t face any inconvenience, and they would be advised not to use the highways. “Around 150 police personnel will be manning the traffic at all entry and exit points of the city and a map work has been done to divert traffic. All emergency services, inter-state or inter-district passengers will be diverted through villages and only service roads would be used,” Dogra said. Besides, senior traffic police officials would also be there on roads to assist the patrolling teams.

Jalandhar: The Aam Aadmi Party on Thursday held a protest against the farm Bills and demanded that these be withdrawn. The demonstration was held at Jalandhar West constituency’s Shri Guru Ravi Das Chowk from 10 am to 12 noon. Leaders including Darshan Lal Bhagat, Balwant Bala, Sanjeev Bhagat, Ramesh, Parmanand and Subhash Bhagat among others gathered under Dr Shiv Dyal Mali. They appealed to make the September 25 Punjab Bandh a success. TNS

Jalandhar: The Modi government and the agricultural ministry has provided a gift to the protesting farmers by increasing the MSP of crops such as wheat, mustard, chana and pulses from Rs50 to Rs300 before sowing. Senior BJP leader Mohinder Singh Chheena said this during a press conference held by the district president Sushil Sharma at the district BJP office. He appealed to the protesting farmers to read the farm Bills. He said the PM and the Agriculture Minister have specified that MSP would not be dispensed with. People who are scared of losing control are misleading farmers on the issue, he said. District president Sushil Sharma said on the directions of state BJP president Ashwani Sharma, Kisan Morcha workers will go to all villages and spread awareness among farmers on the Bills. TNS

Precautions have been advised for students appearing for the UGC-NET exam to be held in the city on Friday. In a press release issued by Dr Rashmi Vij, city coordinator, UGC-NET September-2020, he said: “Keeping in view the bandh call by farmers tomorrow, all candidates have been requested to reach the venue —Saffron Consulting Service, Paragpur ION Digital IDZ-I — before time. The entry will start from 6 am onwards and 12:30 pm for the evening shift.” TNS