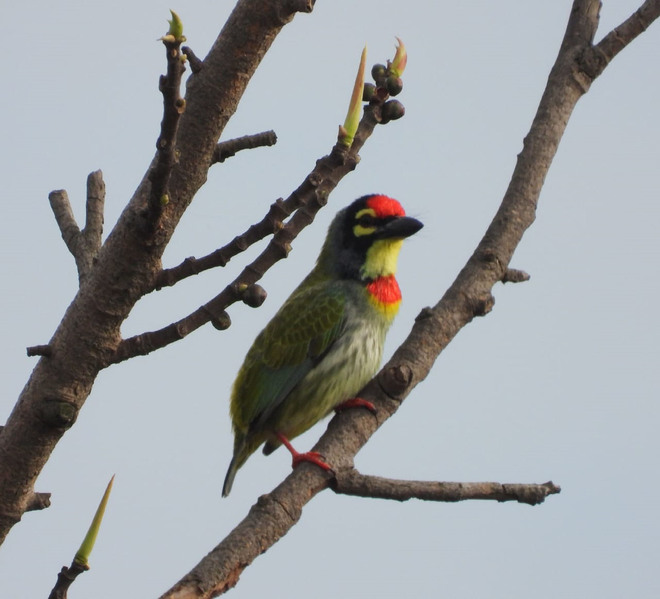 On one hand, life has come to a standstill in the wake of lockdown and, on the other, residents are appreciating nature’s beautiful creatures. One reason for joy is that several exotic birds are being sighted frequently.

What is catching the interest of residents are spring birds — coppersmith barbet, purple sunbird, brown-headed barbet, lesser goldenback woodpecker and grey hornbill — which are spotted in Jalandhar, Kapurthala and surrounding areas.

Experts cite ample space as the reason for frequent visits by the birds, among many other species. Before lockdown, humans had encroached on the habitat of many species, but now, the latter can be seen reclaiming the streets.

Gitanjali Kanwar, coordinator, rivers, wetlands and water policy, World Wildlife Fund (WWF) India, said the birds were getting enough food and space, the two essentials for their survival, which was why they were often being seen around. “Copper smith barbet, brown headed barbet, hornbill, are fruit-eating birds and rarely feed on insects,” she said.

Gitanjli said, “Post-lockdown, there is enough space, no traffic and no noise pollution, thus peafowls are flocking to the residential areas.”

About goldenback woodpecker, she said the bird fed on trees and was an insect-eating specie.

Jaswant Singh, Block Officer, Wildlife, from Jalandhar and Kapurthala, who clicked pictures of the birds at varied locations said the birds had moved away from cities because of unfavourable climatic conditions.