Round 7: 473 youth get job letters during mega fair : The Tribune India

Round 7: 473 youth get job letters during mega fair 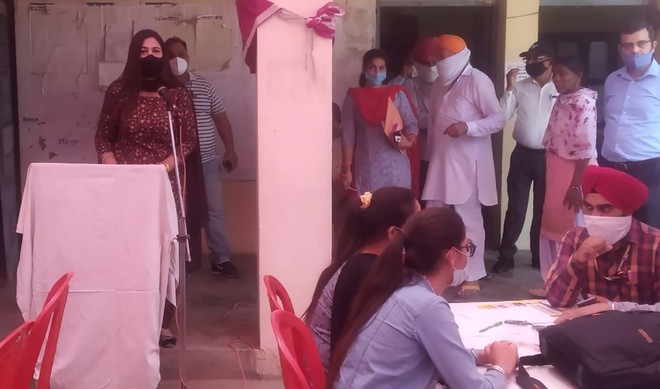 A mega job fair, under Ghar-Ghar Rozgar mission, in progress at Shahkot on Thursday. Tribune photo

Under the Ghar-Ghar Rozgar mission of the state government, as many as 473 youths have received job offers from 12 companies during seventh round of the mega job fair held at Shahkot on Thursday. The camp was organised at Block Development and Panchayat Office (BDPO), Shahkot, in which as many as 556 youths participated while 12 companies appeared to shortlist eligible beneficiaries for various job opportunities.

The DC further added that under the seventh round as many as 12 placement camps are being organised in the district, including camps at all BDPO offices of the district.

The DC said the job fairs acted as a catalyst to transform the destiny of the youth. Thori reiterated that that the selection of the youth for jobs would be made purely based on merit through a fair and transparent system. He called upon the youth to register themselves on www.pgrkam.com for more jobs. The interested ones can also contact on 0181-2225791 for further information.