Roundglass, Surjit Academy to slug it out in hockey tourney final : The Tribune India

Roundglass, Surjit Academy to slug it out in hockey tourney final 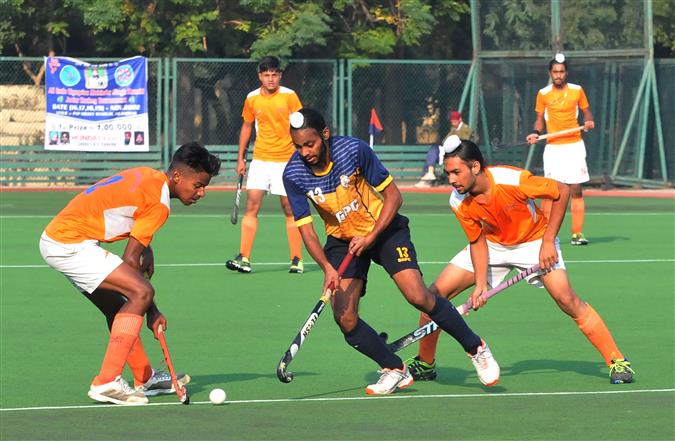 Players in action during the semi-final match of the 22nd Olympian Mohinder Singh Munshi Hockey Tournament at the PAP hockey ground on Friday. Photo: Malkiat Singh

Two semi-final matches were held on the third day of Olympian Mohinder Munshi Hockey Tournament. The tournament is being held at the PAP Ground. The Roundglass Academy defeated CRZ Sonipat by 5-4. Player Gursewak scored two goals, while Sukhpreet, Jiwan and Joban scored one goal, all from the winning team. In the second semi-final match, the Surjit Academy beat the SGPC academy by 3-1. Harpreet Gill, Navjot Singh and Pradeep Singh scored one goal each for the Surjit Academy. The Roundglass Academy will face off with the Surjit Academy in the final match. For the third position, a match will be played between SGPC-Amritsar and CRZ-Sonipat.