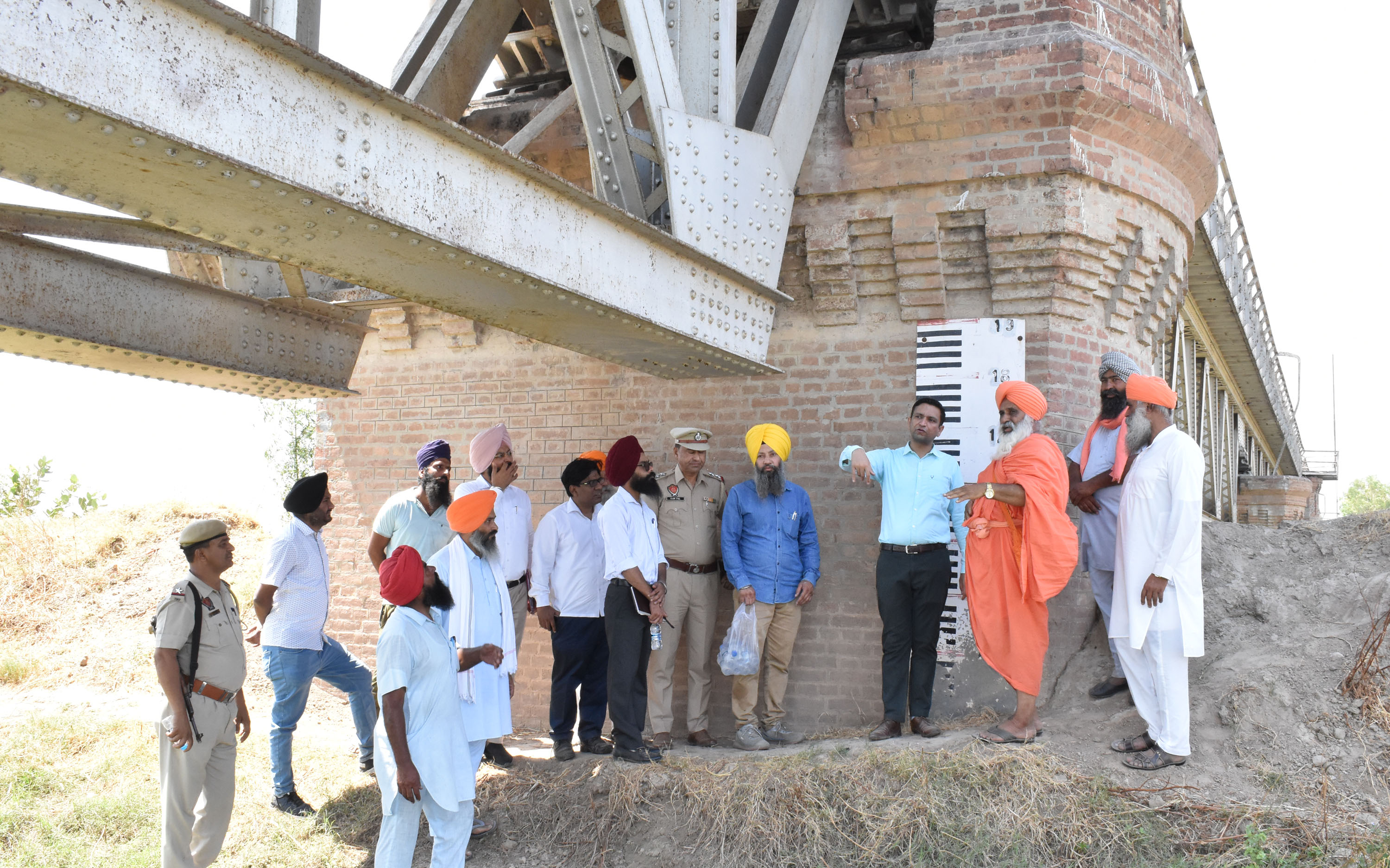 DC Ghanshyam Thori and environmentalist Sant Balbir Singh Seechewal at the Gidderpindi railway bridge in Jalandhar where they reviewed the situation in view of rainy season. Malkiat Singh

Taking stock of the situation ahead of the monsoon season, Deputy Commissioner Ghanshyam Thori on Wednesday said works were being carried out under 16 flood control projects to be completed at a cost of Rs 4.96 crore.

Thori, accompanied by world renowned environmentalist Balbir Singh Seechewal and other officials concerned, visited the Gidderpindi railway bridge, where he reviewed the situation in view of the rainy season. He also commended the work of lifting piles of soil lying beneath the bridge. He also handed over a cheque for Rs 1 lakh to Seechewal for contributing in larger public interest. He said the work of cleanliness under the bridge would immensely be helpful to prevent floods and such situations in coming weeks.

Assuring Seechewal of cooperation in future too, the DC said that all requisite works would be completed well in time so that smooth flow of water could be ensured for safety and security of people and their belongings. Thori, while taking review in the area, said that administration had already geared up for flood control by taking all measures to cleaning drains besides strengthening the banks of rivers in flood prone areas.

The DC said 16 flood control projects included eight of safety and security from floods to be completed at a cost of Rs 3.69 while the another eight would be related with cleaning of drains worth Rs 1.27 crore. He said that tender process had already been completed with commencement of works in flood prone areas. Instructions have also already been issued to all authorities concerned for timely completion of these works without any fail, he said.