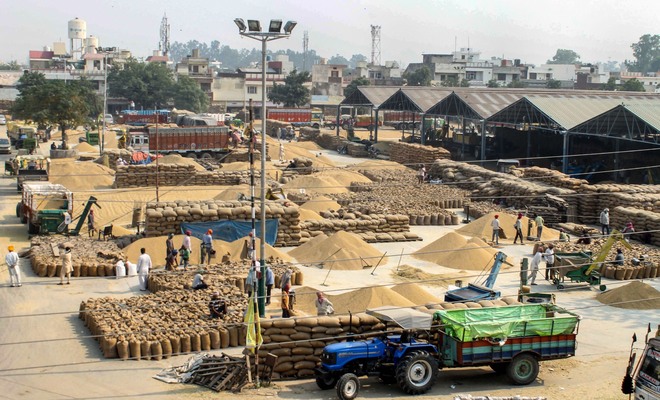 By making a payment worth Rs 162.09 crore to farmers against their procured foodgrains in mandis, Jalandhar has emerged as a leading district in the state in the ongoing paddy procurement season.

DC Ghanshyam Thori said as many as 78,057 MT produce has been lifted by the procurement agencies at 75 purchase centres in the district.

He said that not only purchase and lifting, the administration has also laid the thrust on payments as a whopping amount of Rs 162.09 crore was paid to the farmers to date, which has placed Jalandhar a top-performing district in procurement.

On the basis of payment position as of today, Ludhiana comes second at Rs 155.88 crore, followed by Patiala at Rs 118.87 crore.

Apart from Jalandhar, other Doaba districts too have been fast in making payments. Kapurthala farmers have already received Rs 106.38 crore. The district stands at fourth position. Nawanshahr and Hoshiarpur fall on number 6 and 7 ranks, respectively, with payments to the tune of Rs 87.52 crore and Rs 77.36 crore already made to the farmers.

The DC further added that elaborate arrangements were made at all 78 purchase centres so that farmers don’t face any kind of trouble while selling their crops in the mandis. Pointing out further, District Food and Civil Supplies Controller Harsharan Singh stated that since day one special focus was being laid on timely purchase, lifting and payment which have yielded promising results by putting Jalandhar on top ranking in the procurement season.