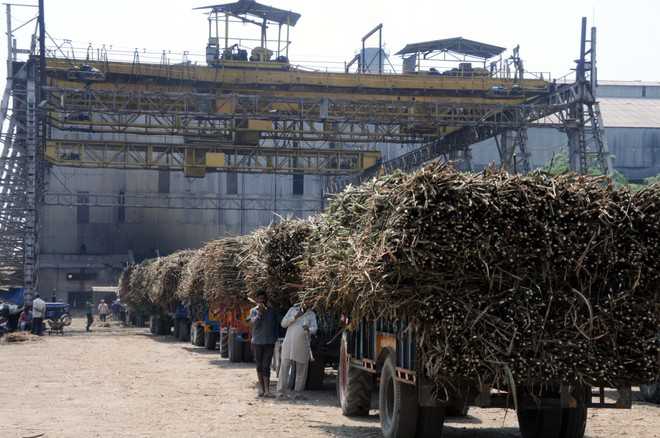 The workers raised slogans against the owners of Sandhar Sugar Mill and those protecting them.

Jarnail Nangal said the mill employees had not received their salaries for the last three months. He said the mill owner had deducted the fund of the workers but did not deposit in their accounts. A case of fraud should be registered against the mill owners, the workers demanded. They demanded from the government that the mill should not be closed under any circumstances.

Jarnail Nangal demanded that the salary of the workers should be credited to their accounts at the earliest. He warned the government and the administration of accepting their demands at the earliest. Besides a large number of workers, Surinder Kumar Pradhan, Sukhdev Chowkaria, Avtar Singh, Baljit Singh general secretary, Jaswant Singh Jassa, Sukhdev Singh, Amit Kumar, Satnam Singh, Shashi Bangar, Baljinder Jhali and Ramesh Piparangi were among the prominent present.