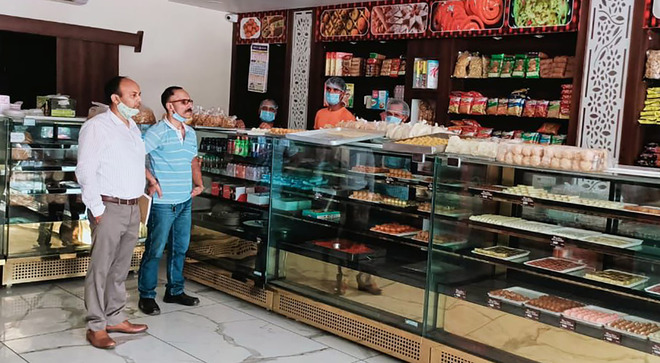 Food sampling drive carried out by the Kapurthala health department ahead of the festival season. A Tribune Photograph.

Four samples of sweets, including ‘burfi’, ‘rasgulla’, ‘gulab jamun’ and ‘ladoo’ were collected from sweet shops and sent to the state food laboratory at Kharar for quality testing today.

The Assistant Food Commissioner said shop owners had been directed to store sweets and milk products at proper temperature. Officials said they would keep an eye on railway station to check supply of ‘khoya’ and other such items from other states. Businessmen, dealing in sweets and milk products, were instructed to use quality raw material and prepare eatables under hygienic condition. Officials also sought cooperation of all food business operators to ensure that safe, pure, healthy sweets and other food items were available for the general public during the festival season.

While taking food samples from various sweet shops in the city, District Health Officer (DHO) Dr Lakhvir Singh said adulteration would not be tolerated at any cost and strict action would be taken against violators under the Food Safety and Standards Act, 2006.

After collecting eight samples of milk and six samples of sweets, the DHO destroyed substandard sweets and eatables during the drive.

Dr Lakhvir Singh said samples had been sent to food testing laboratory. He directed food manufacturers to make it a priority to sell quality and pure food items only.

Dr Singh said as per rules, shopkeepers with a sale of more that Rs12 lakh per annum need to possess licences by paying fee of Rs2,000 and manufacturers to need the licence for which fee is Rs3,000. He said: “It is totally against the rules and also causes financial loss to the department. I appeal to the shopkeepers and manufacturers to deposit the requisite fee in their respective licence category only.”