Sarpanch: I was suspended for not allowing corrupt practices 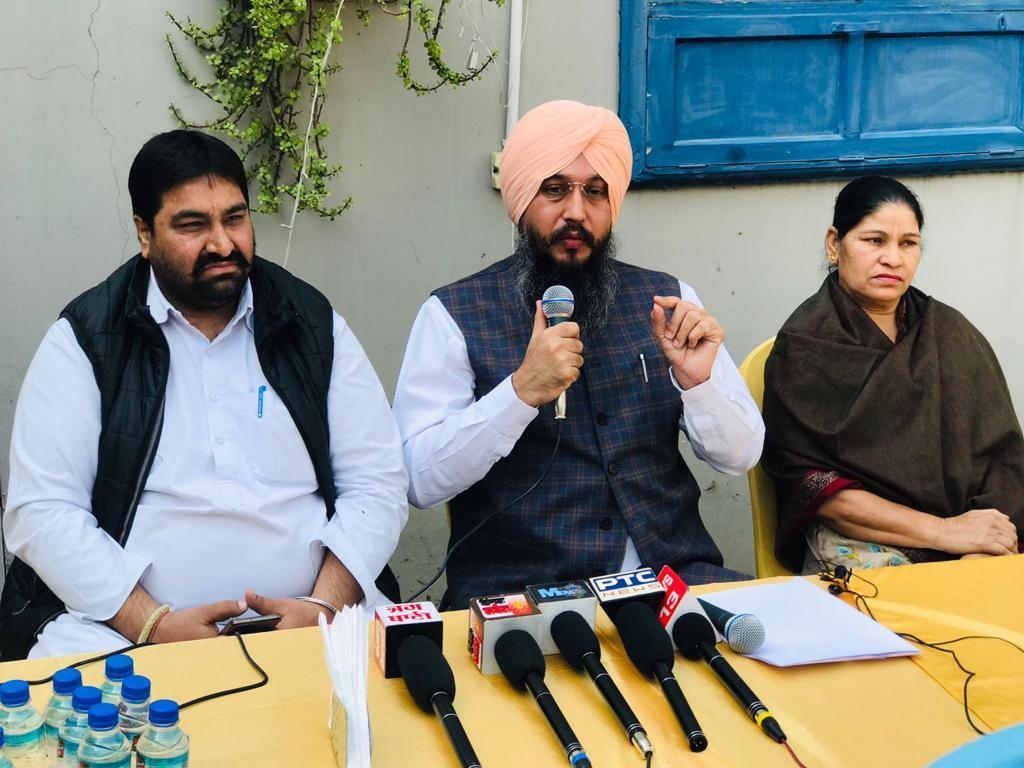 Levelling serious allegations of corruption against Congress MP from Jalandhar, Santokh Chaudhary, and his son and Phillaur constituency in-charge Vikramjit Chaudhary, a woman sarpanch has written to the Punjab CM seeking a Vigilance inquiry into the matter.

Darshana Kumari, who is a suspended sarpanch from Virk village, made the revelation about having shot off the missive today during a press conference where she alleged that she was suspended as a sarpanch after she allegedly objected to “the corrupt practices of the father-son duo, who wished to use panchayats as their fiefdom.” The panchayat department officials had appointed an administrator in the village since May this year, post her suspension.

The sarpanch said: “It is in public knowledge how the local MP and his son are looting people’s money. They wanted me and other sarpanches to use the RO water filters, inter-locking tiles and street-lights for Phillaur villages of their ‘favourite companies’. We were pressurised to sign on cheques even when the resolutions for these works had not been moved in the panchayats. I told them that we do not need an RO filter for the village, but they kept on pressing me to follow their diktats. When I did not let them do so, they got me suspended. Since our Chief Minister Charanjit Singh Channi has vowed to make zero tolerance towards corruption a reality, he should order a probe by the Vigilance Bureau into the corrupt practices of the MP and his son,” she demanded.

Making an emotional appeal, Darshana Kumari said she has developed critical health issues as she had recently also suffered a minor heart attack as well. “I am paying a heavy price for being honest. Pressure tactics of Santokh Chaudhary and his son are ruining my family and my life as well. If I am not delivered justice, I will move the High Court as well,” she said.

Darshana has stated in her communiqué to the CM: “I have been a dedicated Congress worker and expect justice from you. A party wins an election because of its team of dedicated workers. On the other hand, corrupt politicians like Santokh Chaudhary and his son have sullied the image of the party when the elections are around the corner”.

The sarpanch was accompanied by Damanvir Phillaur, Congress leader and son of ex-minister Sarwan S Phillaur. Damanvir, who is also the founder of Phillaur People’s Forum, said: “The allegations of corruption against senior Congress leader and MP and his son come at a time when the ruling party in Punjab is going to make the ‘neat and clean’ governance a poll plank for the party. In this scenario, how will the common workers face the voters during elections?” he asked.

A viral audio of Surinder, a former sarpanch from Phillaur tehsil and a Panchayat Secretary, on the same issue had already remained a hot issue last month.

She is being misguided, says Chaudhary