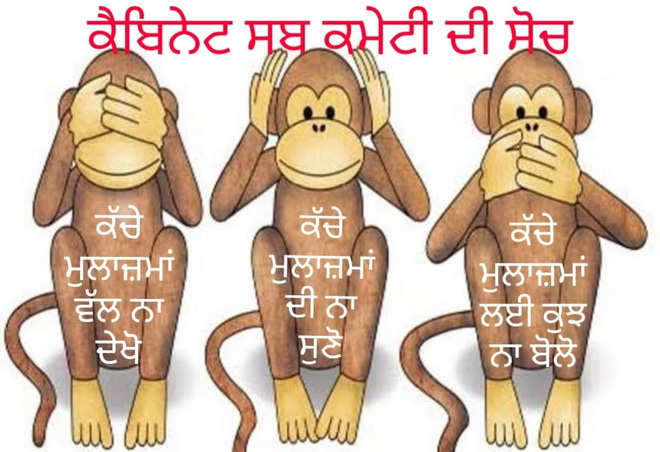 In yet another attack, the Sarva Shiksha Abhiyan (SSA)/Mid Day Meal Contractual Employees’ Union today released a poster depicting the Cabinet sub-committee. Notably, the union had been protesting against the state government and seeking regularisation of the staff for long time.

The union members said a huge protest would be held on June 19. Earlier, they had sent a ‘Get well soon’ card to the state government in the name of Chief Minister Capt Amarinder Singh as a mark of protest. Jaldi theek hove Punjab sarkar, lokan di hun ehi pukaar, sarkar ji quarantine vicho aao baahar, read the card. In a sarcastic comment, the staff had said the government was sending an unwell person to 14 days’ quarantine, but it itself was under quarantine for the past four years because they were hardly working or listening to their demands, which is why the card was sent.