Petitioners had filed a joint complaint to DC alleging that travel agents, for the sake of commission, got them admitted to colleges in Canada that were reeling under the financial crisis and were on the verge of closure 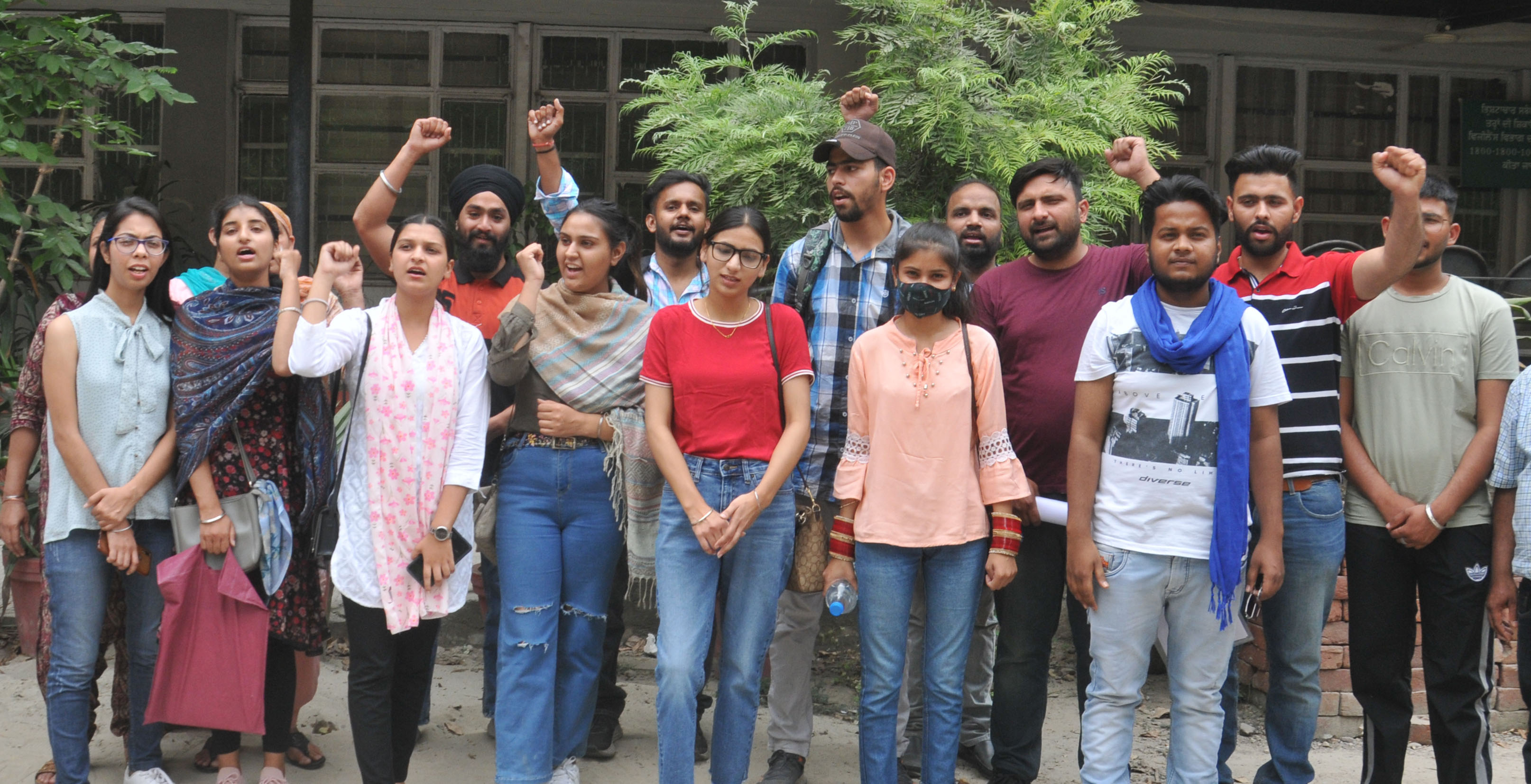 Students who alleged fraud by travel agents in the name of study visa outside DC court in Jalandhar.

As many as 30 students and representatives of 10 travel companies (who have been accused of taking lakhs of rupees on the pretext of sending students to Canada on a study visa) appeared before the Public Grievances Officer in the DC court on Tuesday afternoon.

The petitioner (students), under the banner of Indian Montreal Youth Student Organisation, had filed a joint complaint to the DC, Jalandhar, last month alleging that travel agents just for the sake of commission got them admitted to colleges in Canada that were reeling under the financial crisis and were on the verge of closure.

Following this, the DC, Jalandhar, called both the parties today for a preliminary hearing. The students reportedly showed the receipts and offer letters they received from the colleges and evidence of payments they made to the agents in cash or through bank transfers. The agents too appeared along with their lawyers, who presented their side of the story.

Talking to The Tribune, Vishal Mall, a resident of Buttan Mandi here, who paid Rs10 lakh to an immigration firm for his wife’s admission in M College in Montreal. He alleged despite knowing that the college would be closed soon, the agent applied for admission in the said college.

“The Canadian Government rejected the study visa of all those students who were studying there. We have been staging protests for the past few months demanding full refund of our fee, but nobody was offering any solution. Therefore, we lodged a complaint with the DC office, demanding a refund and action against the travel agent,” he added.

Sachin Thakur, another student, said the students presented their case themselves as they had no money to hire a lawyer. “But we believe that the DC would take into consideration all the evidence we have shown. It’s a clear case of fraud, the agents have taken Rs 10 to 12 lakh from us, we raised the fund by taking loans or borrowed it on interest, if the agent doesn’t refund our money, we’ll be ruined,” he added. The students informed that Canam Consultants had already refunded the amount to six students a few days ago, while the rest of the companies were paying no heed to their pleas.

When contacted, PGO Ojasvi Alankar said there were nearly 10 consultancy firms against whom the students had filed the petition. The students kept demanding a refund, while the travel firms presented their side of the story. Besides, this case, related to the blacklisted colleges, is already being heard by Canada’s Supreme Court and judgment is expected to come by May. “We’ll go through the case in detail and study the facts presented by both parties. The next date for hearing has been fixed for April 20,” he added.